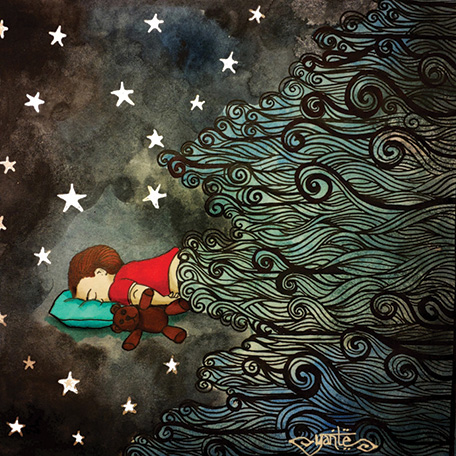 For the refugee, the journey to escape is difficult and fraught with danger. But the choice itself  (the decision to flee) is easy: stay and face horror, or leave with hope of a better future. Many leave just hoping for any future at all.

The number of asylum seekers and refugees from the north of Central America increased by almost 60 percent as of the end of 2017, compared to the previous year, according to a press release from the UN Refugee Agency (UNHCR). A vast majority of them seek refuge in the North, including the United States.

The numbers from UNHCR, which show an increase in humans who are in desperate need for help, were released less than two months after President Trump’s “zero-tolerance” policy went into place.

These past few months, people of the United States and beyond have heard stories about immigrant families, asylum seekers and refugees, who have been stripped of their human rights and imprisoned like criminals for fleeing nightmare situations that we can only imagine.

The situation resembles what happened across the Atlantic during the European refugee crisis in 2015. Although the numbers differ significantly (more than five million refugees and other migrants reached Europe by the end of 2016), the way public perception of the crisis played out was similar. Europe had its wakeup call the day that photos of Alan Kurdi—a three-year-old Syrian boy, who drowned along with his mother and brother while fleeing the horrors of civil war—were published.

In the United States people were hesitant to act on the crisis at the border until images of suffering children showed up on news sites and circulated on social-media platforms, giving the statistics a face. As with the image of a dead child washed up on the shore of Turkey that became a symbol of the crisis in Europe, images of crying children became the symbol here.

When human beings flee their country because of whatever evil haunts them, the home they leave behind and what they are faced with on their journey to a new country should be it.

The horror should end there.

But in reality, these situations are far from unique. Despite the fact that these humans are fleeing unbearable conditions, they are rarely welcomed with open arms. The Trump administration’s policies clearly showed where the U.S. government stands on the matter.

What differs this time, what caused the outcry and the mass protests across the nation, was the separation of families. This horror is yet another addition to the list of horrors previously manifested through death threats and violence that these families have tried to leave behind.

News outlets and organizations had to show images of helpless toddlers crying and post audio files of children screaming for their parents, before the demonstrations began. (Although it was later established that the little girl in photo had not been separated from her mother, the image still became a symbol of the process at the border).

Citizens of the United States and other parts of the western world finally opened their eyes and saw these horrible acts for what they were. People gathered to protest, and the administration changed its policy—families were now to stay together.

Unfortunately, by then it was already too late. More than 2000 children had been lost in a complicated system that even the authorities have struggled to figure out. The situation had to reach the level of extreme before we finally said “enough is enough.”

It is too late to save Alan Kurdi. It may be too late too re-unite several of the families here in the United States, who were separated while crossing a border they thought would bring them to safety.

Too late because some parents have been deported without their children and others, who face deportation, are left with an impossible choice: Go back together to the country they fled, or leave their children as unaccompanied asylum seekers.

So I ask all of you, next time—and believe me, there will be a next time—do not wait until it is too late. Don’t choose to be ignorant or oblivious, choose to see the situation for what it is. Choose to act, before another child is lost or dead.