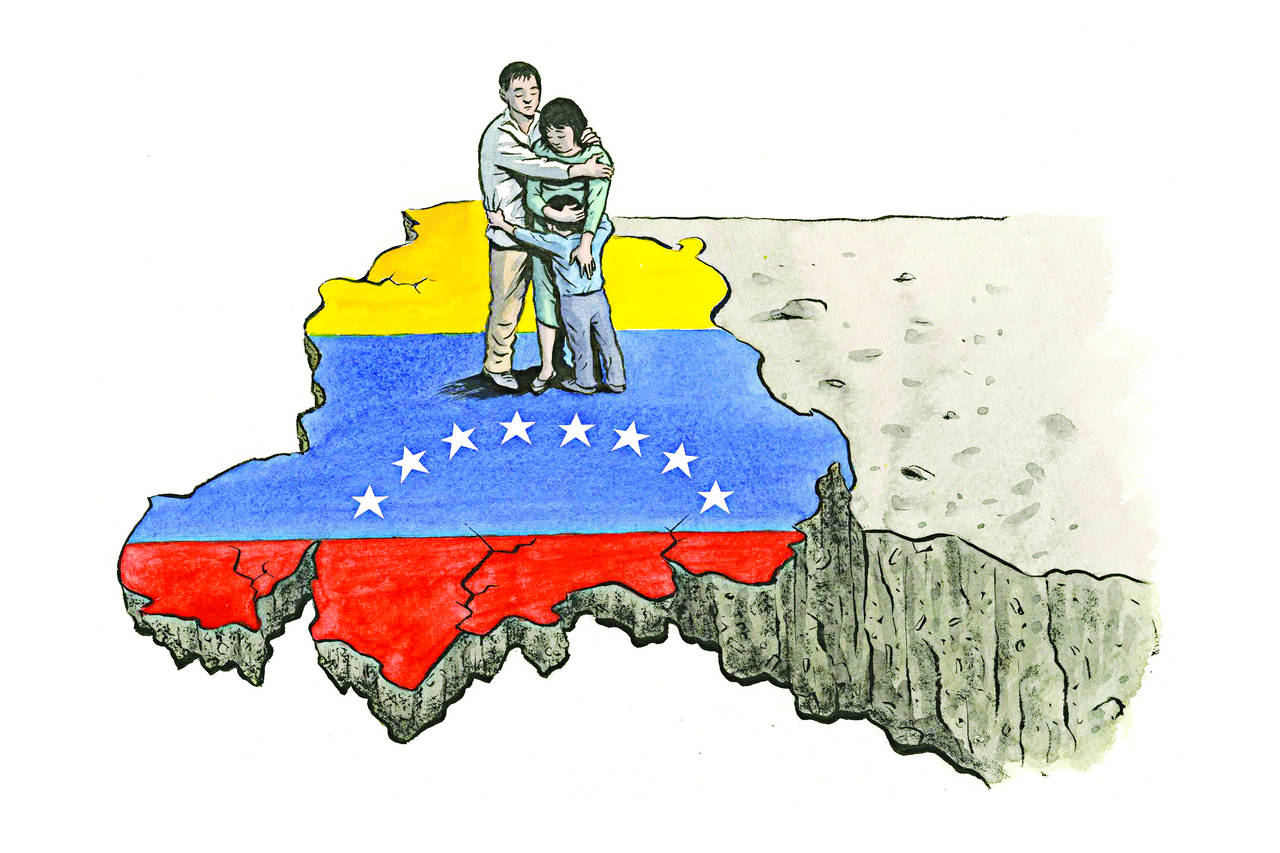 Unsettled in the Mission: Coded World

Imagine suddenly struggling to find food, clothes and basic necessities after years of comfortable living. Imagine then having to leave the only place you’ve known your entire life: leaving your friends, family and home behind. Imagine how painful and difficult this experience would be. This is the unfortunate reality that many Venezuelans are facing in this very moment.

“It’s been almost two years since I’ve been to Venezuela and I don’t plan to go back anytime soon unless I absolutely have to. But in reality I don’t want to,” said Eduardo Wilhelm, who is currently working as a bartender in Medellín.

Traditionally, Colombians had fled in droves to Venezuela in order to escape the extreme violence from narco traffickers and guerrilla wars. However, in recent years, this trend has reversed as millions of Venezuelans flee from the chaos of the Maduro regime.

“I read ‘1984’ for the first time a few months ago and I was amazed at how close the realities are. ‘1984’ is pretty much our diary,” Wilhelm said half-jokingly. “They try to change the way people think. They tell a lot of lies. Right now you have to study the history and ideology of ‘Chavismo’ in public school and there’s a lot of propaganda.”

David Farias, who recently moved to Medellín from Maracaibo, Venezuela, tries to keep a positive outlook: “When you live in a dictatorship, under that system, you still need to go out and have fun, see your loved ones, and understand that it’s not normal in any way. You need to live, laugh, and try to live life as normal as possible.”

For a large part of the 20th century, Venezuela was the crown jewel of South America with its economy and quality of life rivaling that of the United States and Western Europe. But due to a combination of economic factors, government corruption and disastrous social policies, the overall quality of life has plummeted. Now Venezuela, the country with the largest oil reserves in the world, is experiencing a crisis that has led many of its citizens to look for a better life elsewhere. Neighboring countries, especially Brazil and Colombia, have received the most migrants.

The Colombian government has been largely supportive of the migrant Venezuelans. Earlier this year, then president Juan Manuel Santos granted all Venezuelans a temporary two-year residency permit.

“I think the government is doing great,” Farias said, “I think it’s better to legalize the Venezuelan community so we can be on the right side of the law so we can pay taxes, open a bank account, rent an apartment, and find a decent job.”

Furthermore, the Colombian people themselves have also largely been warm and welcoming of their neighbors.

“I feel really welcome here in Colombia, really welcome in Medellin,” Farias said. “The people are nice. I have had people come up to me and say really nice things; they are very helpful in supporting us.”

“Back in the ‘80s when the guerrillas were in power and all the Colombians were running to Venezuela, the reputation of the Colombians wasn’t very good and us Venezuelans treated them really badly,” Wilhelm added, “When I arrived here and saw how the Colombians welcomed us, for me it was a slap in the face. We treated them poorly 15 years ago and now they’re helping us, welcoming us. It was really nice and it changed the way I thought about Colombia. It was what made my wife and I decide to stay here permanently.”

In the past two years alone, nearly a million Venezuelans have migrated to Colombia. Many find their ways to bigger cities where more opportunities are available. In Medellín, thousands of Venezuelans now call the metropolis their home. But still, many find it hard to leave the land where they’ve spent virtually their entire lives.

“[My partner and I] decided last January (2017) to leave Venezuela,” Farias said, “I was collecting my information to apply for a U.S. visa because I have a lot of connections in LA and Miami … I believe that Venezuela is a great country where we can do amazing stuff with the right politics, the right situation and the right atmosphere. For me [living in Venezuela] was challenging because I am a creative person. I work with ideas; I sell ideas. Being in a hostile environment didn’t help at all. Sometimes I regret staying for so long. Sometimes I wonder if I made the right decision.”

A great source of support for many immigrants has been the community of fellow Venezuelans living in Colombia that have fled the same disarray.

“I think that the community here helps each other. It also protects each other. For example, when I first arrived I met a person from Maracaibo and they asked if i needed any help or orientation in knowing anything about Colombia or Colombians.”

“We have a ‘favor chain,’” Wilhelm explained. “My sister helped me. I helped my other friend. My other friend helped someone else. That’s what we do around here.”

He continued: “Let me tell you about my friend Carlos. I met him here in Medellín when he came to sing at our bar. He was really struggling. He was living in San Javier [Comuna 13 in Medellín] and had no money. He walked two-and-a half hours to get here to get money just to eat and go back home. He was illegal for more than a year and having a really bad time. But I noticed he had a nice vibe and I asked him if there was anything I could do for him. He said he needed work and would do anything. The next week he started to work with my wife and he became a great friend of ours.”

The crisis in Venezuela is continuing to worsen with little change in sight, but even through all the hardships, the loss and struggle Venezuelans seem determined to persevere.