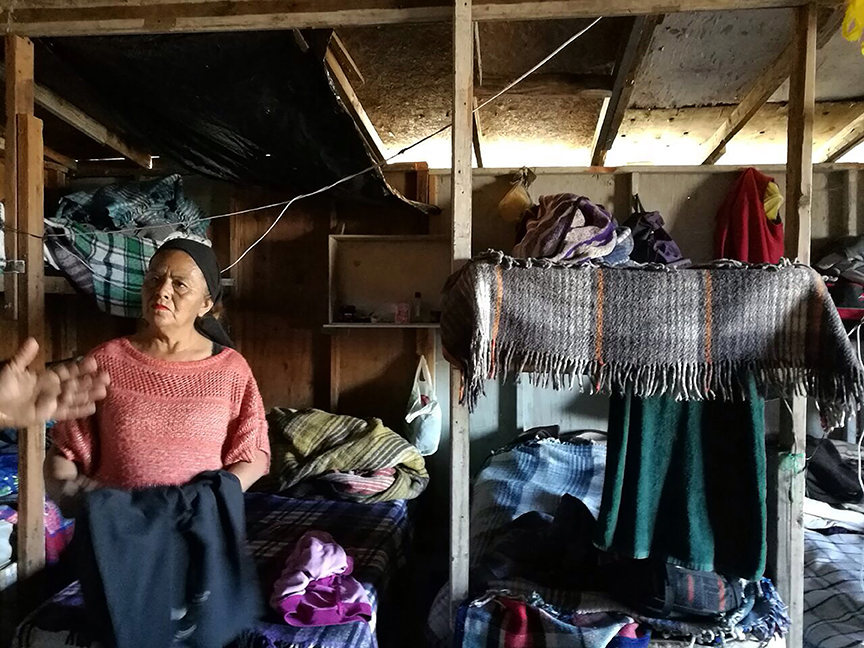 It was a rainy day in January when I drove from San Francisco to Tijuana, with the intention of helping our new neighbors from Haiti who are currently stuck just south of the Mexico-U.S. border.

Since May 2016, Haitian refugees—seeking to escape gripping poverty and the devastation of the 2010 Haitian earthquake—have been arriving in Tijuana in hopes of relocating and finding a better life in the United States.

According to Mexico’s Instituto Nacional de Migración there are thousands of Haitian refugees in Mexico today. The current circumstances of these refugees is critical. As soon as you cross from San Ysidro in California to Tijuana, Mexico, you can see Haitian refugees walking along disenchanted.

I’m a volunteer with the “Angeles de la frontera,” or “Border Angels,” a San Diego-based nonprofit that advocates for migrant rights and is currently assisting the stranded Haitian refugees in Tijuana.

I volunteer at Misión Evangélica Roca de Salvación, a dilapidated shelter that is used to house refugees and help transport supplies from the local Costco. Water pours through the roof. The Mexican government is not treating the refugee situation as the crisis that it is. It isn’t taking the proper measures to solve the problem, despite activist groups like Angeles de la Frontera demanding that the Mexican government provide the proper economic support to these refugees.

Motivated though struggling to make a better life for themselves, I have observed that the Haitian refugees have become accustomed to the shelter and have started to divide labor. While the Haitian women cook, the men tend to the children and play dominoes. The fragrant scents of the cooking fill the building. It’s loud and people are not shy.

Instead of reporting with my camera and notepad, I first introduced myself and asked to play dominoes. They welcomed me, seeing that I was not seeking anything from them besides friendship.

After chatting with the Haitians, some of the volunteers explained to me how resilient these refugees have been and, against all odds, how they still remain positive holding on to their dreams of being granted asylum by the United States.

But that dream is on hold. Many Haitian refugees are not being granted immediate asylum because Immigration and Customs Enforcement (ICE) has been turning them away at the border. Stranded between two worlds, some Haitians are actually staying in Tijuana and finding work to maintain a sustainable life. But if there was an underlying message that I got from my time with these refugees, it’s that there is no border wall big enough to stop the dreams of people.

Members of Angeles de la Frontera told me how Haitians are integrating into Mexican society. Some Haitian refugees have acquired jobs working in restaurants. But due to the precarious nature of these refugees’ circumstance, they have become a target for exploitation. It looks like churches, shelters, and other members of Tijuana’s community are doing as much as possible to alleviate the hardships of the Haitians.

As our community knows well, generations of Mexicans and Central Americans immigrated into the United  States, but there have been systemic forces that halt our progress. It is important that we acknowledge the struggles of refugees from Haiti and see how we can affect their material conditions positively.

I’m interested to see how the dynamic of being black and a refugee in Latin America is changing the narrative of immigration, particularly in Tijuana.

The intersectionality of race and immigration status that plays on a refugee’s lived experience is imperative to understanding this refugee crisis. It is critical for Mexicans and Americans to become well educated on the hegemonic currents at play, which are stigmatizing refugees and immigrants.

The xenophobic and racist rhetoric of the current U.S. leadership has only fueled that stigmatization. And it will require the understanding that immigrants are less likely to commit crimes and are productive forces to society for this stigmatization to end.