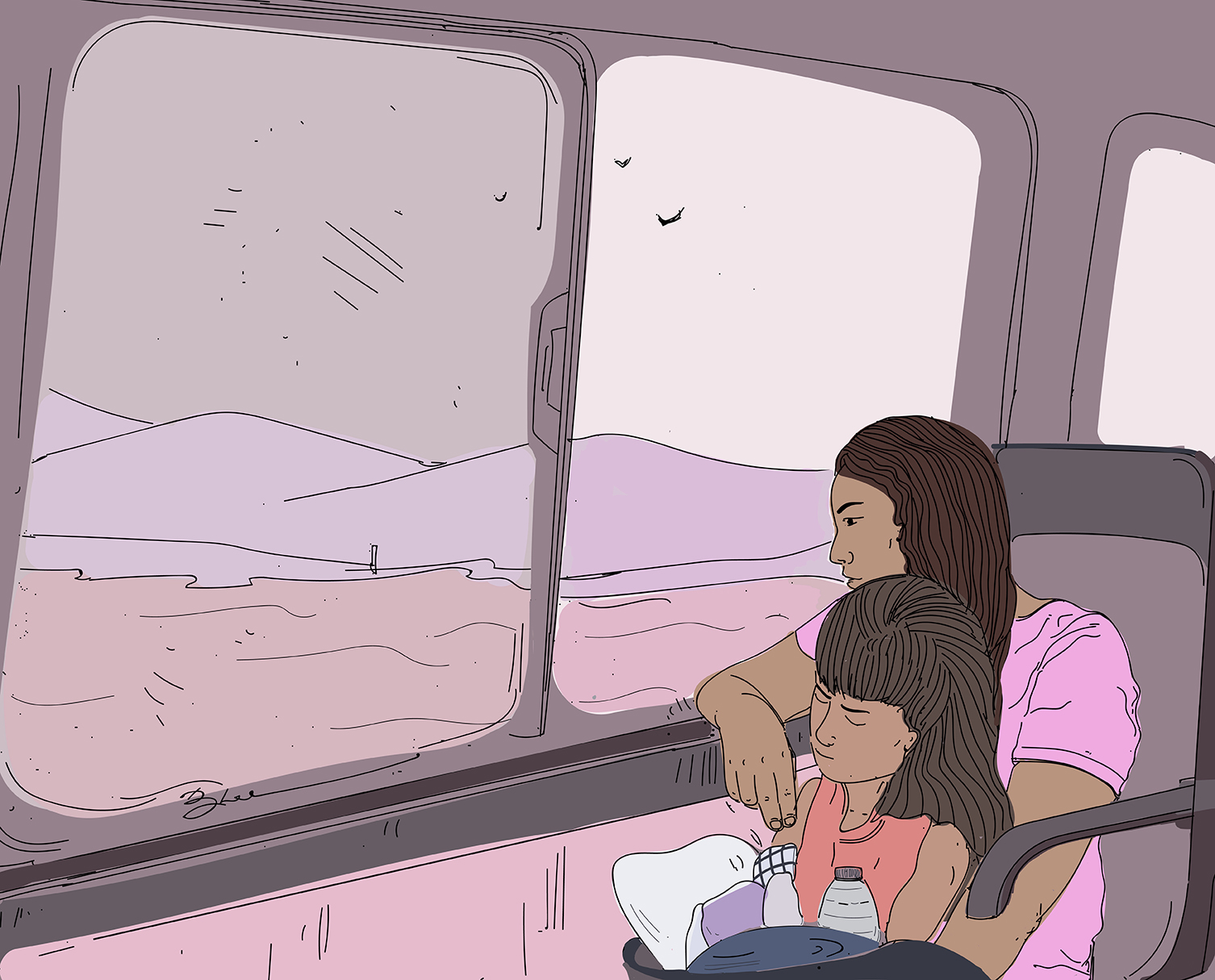 Jill Stanton is a retired immigration attorney who recently returned from a second volunteer stint in Tijuana, Mexico, volunteering with Al Otro Lado (AOL), a bi-national nonprofit organization that provides direct legal services to migrants and refugees. In this two-part series, Stanton writes about her firsthand experience of helping asylum seekers navigate an immensely complicated and hostile immigration system. Part 2 of this series will be published in the Oct. 10 issue of El Tecolote.

“Maria” and I have been working on her asylum application for three hours. As I furiously write her answers in longhand on the asylum form, Maria asks, “Is it beautiful?  Is America beautiful?”

These have been tough hours together. Maria has described how she has been assaulted with a gun put to her head, and how her gang member assailant threatened to rape her young daughters. She has told me how, as a child, her mother died of AIDS while she slept beside her.

I look up and say, “Yes, the mountains and the seashores are very beautiful,” and she smiles.

However, the only part of the United States that Maria has seen so far is a U.S. Customs and Border Protection (CBP) holding pen called the “hielera” (icebox) where her common-law husband and her daughters spent uncomfortably cold days sleeping on the floor under mylar blankets before the family was sent back across the border to Tijuana to wait for their first immigration court appearance in San Diego. And, unless there is a successful legal challenge to U.S. Attorney General William Barr’s July 22 policy pronouncement further limiting the grants of asylum to Central American cases based on gang violence, Maria’s only future view of the U.S. will be from the window of a CBP bus bringing her to and from the San Diego Immigration Court.

As I write this, a Trump administration policy that would deny asylum to all migrants who had traveled through a third country before entering the United States, is being litigated. This would mean that a Honduran who passed through El Salvador, or a Guatemalan who crossed Mexico the reach the U.S. border, would no longer be eligible for political asylum. This inhumane regulation is being challenged, and will likely end up in the U.S. Supreme Court, whose conservative justices have already denied a request by immigrant rights groups to delay the implementation of this new, bad regulation until there is a final decision on its legality.

Less than 20 percent of Central American asylum cases were granted in 2018, and it’s virtually certain that since the U.S. Department of Justice implemented the “remain in Mexico” Migrant Protection Protocols (MPP) program this past winter, the grants will further decrease. Of nearly 13,000 MPP asylum cases pending, only 1.3 percent were filed with legal assistance.

By the time that migrants from Spanish-speaking countries except Mexico have enrolled on “La Lista”—an illegal metering system maintained by Mexican migration at the behest of U.S. Customs and Border Protection (CBP) that has migrants wait weeks and currently months in Tijuana for their number to be reached, surrendered to U.S. authorities, and then complete a lengthy process of master and individual Immigration Court hearings—they will have spent no less than seven months waiting in Mexico.

But that estimate is based on the very first MPP Central Americans, Cubans, Venezuelans and other Spanish-speakers who were processed earlier this year. Now the projected wait until that final court hearing, when the overwhelming majority of asylum-seekers will have their claims denied and be deported back, is likely far more than a year. The present system is absolutely designed to discourage already desperate families to give up their claims and vanish into Mexico or elsewhere.

The day I wrote this, I interviewed “Juan,” an MPP client with a successful Guatemalan business who, when facing extortion and murder in Guatemala, fled to Mexico. Last month he and his family were kidnapped at gunpoint outside their hotel. Their assailants drove them south to Veracruz, imprisoned them in a house there, and then demanded $10,000 for their lives. Once given the telephone number of Juan’s U.S.-based relative, one of the kidnappers directed that the ransom be paid through a bank in Juan’s home town, where associated criminals retrieved it using his address. A week after the kidnapping, Juan and his family were released in Veracruz, and with the aid of strangers, managed to make it back to Tijuana for their second U.S. court appearance where Juan told the Immigration Judge what had happened.  He was passed back to CBP custody for a telephonic “credible fear interview” to explain why he was afraid to remain in Mexico while immigration court proceedings were pending. He was found “not credible” and the family was returned to Mexico the next day.

Yet here we are at Al Otro Lado in Tijuana at a weekend workshop, some 30 volunteer lawyers and Spanish-speakers, working with a very few supremely dedicated AOL staff, at least trying to give the MPP asylum-seekers a fighting chance of winning their court cases.

Virtually none of our migrant clients will be able to secure legal representation at their merits court hearings, drastically limiting their chances of asylum. The CBP provides (as it must) a list of San Diego-based immigrant legal advocacy groups for MPP asylum-seekers to call from Mexico. The migrants try, and there are never any answers.

The listed advocacy groups are already maxed-out, and can’t easily meet asylum-seekers while they reside in Mexico. An AOL intern recently observed an immigration court hearing where one of the four newly appointed immigration judges angrily responded to an asylum-seeker who reported that he had repeatedly called all the numbers on the CBP-provided list and had not been able to reach any. The judge told him that he had once worked for Catholic Charities, and he didn’t believe that that agency would fail to respond. By now there cannot be any San Diego judge that continues to believe this, yet the cases are still being cruelly continued to allow migrants more time to “seek legal counsel,” thus further increasing their stay in Mexico.

What is it like for asylum-seekers to remain in Tijuana between court hearings?

Few have funds, and most stay in faith-based or philanthropic shelters in conditions ranging from abysmal to adequate. Some leave Tijuana to stay in Mexicali, where it’s cheaper and less dangerous. A considerable number, like Maria, have found jobs; she works at a taco stand. Some of the most visible migrants, Haitians and Africans, can be seen working as security guards at businesses in central Tijuana. Early mornings at the PedWest pedestrian crossing into San Ysidro, California, scores of Cameroonians gather, a few to initially enroll on “La Lista,” but most others to socialize, or say goodby to new friends who, because their list numbers have been reached, will be transferred by Mexican migration to CBP.

Part 2: La Lista, a near impossible hurdle in the migrant search of asylum