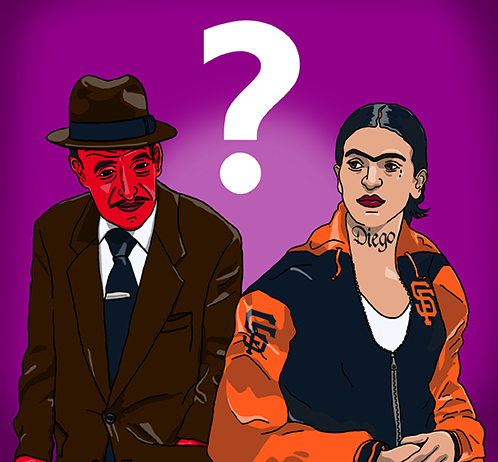 When we speak of the character of the Mission District, we often speak of the many wonderful events that have been happening here for years: The Day of the Dead Parade, Carnaval (or “Carnival” in English) the Cesar Chavez Day Parade and the like.

Those veteran events have helped shape that character and newer ones are being added to the cultural menu, such as the Mission Arts and Performance Project (MAPP), a community arts event that takes place on the first Saturday of every other month, in a variety of venues—both public and private. If we add organizations like the Mission Cultural Center, Brava for Women in the Arts, Acción Latina, Galería de la Raza, Dance Mission, Precita Eyes Muralists and the Community Music Center—to mention a few—the entire district exudes creativity. The Mission is the Amazon jungle of the city, the heart and lungs for the mental health of San Francisco.

In defining that character, we must mention the murals that adorn the walls, the abundance and variety of music and food around us and the multiculturalism of its inhabitants.

If we add the weather to the mix, we learn that the character of the Mission is powered by the sun. It is always sunny in the Mission, even when it is overcast in other parts of the city, because the Mission is protected by the friendly presence of Twin Peaks.

Those gorgeous round hills that loom above the populace were originally called “Los Pechos de la Chola,” or “The Breasts of the Indian Maiden,” by the Spaniards who arrived here in the 18th Century. When referring to those hills, I have heard the almost blasphemous name “Las Tetas de la Monja,” or “The Tits of the Nun.” In the 19th Century, when San Francisco passed under North American control, “Los Pechos de la Chola” were renamed “Twin Peaks.” Boring!

With all those wonderful elements combining in our district, it is little wonder that gentrification became the endemic reality that we live today. When “the powers that be” enticed investors and techies to San Francisco, the Mission was suddenly looked upon with great appetite by the old and the “nouveau” rich and by their cohorts in the real state gangs.

Luckily, the character of the Mission is also found in the fighting spirit of the people who have lived here for many years, those responsible for the amazing creativity that characterizes the district, or those ready to defend its cultural spaces.

To round up this column, I want to focus on a couple of those individuals who form an important part of the personality of our district. I want to focus on some lesser known characters (and not just mention the well-known leaders), because they deserve recognition. Their lives enrich us all, although some of them are virtually unknown.

One of them was The Red Man. In the 1970s, The Red Man used to hang around Café La Boheme. There he sat for hours, dressed in red, face and body also painted in the same color, sporting a little black moustache (maybe painted?). I never approached him and I never saw anyone talk to him. I am sure that some did, but my memory is that of a man who cherished this very public persona as much as he cherished his privacy. It is rumored he died, his skin poisoned by the red paint that he used.

Then, there was a woman whom I call “The Original Copy of Frida Kahlo.” She walked around dressed exactly like Frida, at a time (the late 1970s) when “the Frida Cult” was in its infancy. Like The Red Man, she also kept to herself. I never heard her speak as she walked by, always the spitting image of the famous Mexican artist.

The list can get very long, but I will just mention these two characters. I do not know what happened to them, if they are still alive and playing those amazing roles everyday somewhere else, or if they have moved to another dimension. But I never forgot them.

Thus, the character of a neighborhood is also created by the men and women who live in it—not only by the successful and mentally well-balanced, but also by the eccentric and the iconoclast.

I am sure that the reader also knows a couple of these characters… Perhaps the Chinese guy, whose bakery kneads amazing  Mexican “pan dulce.” Then there’s the Latino man who chose to abandon his computer-fixing store and now goes around dressed as Superman, or as one of the Three Wise Kings.

“He knows a lot about computers!” a friend, who works in another café on Valencia Street, told me. “He might be a little ‘loco,’ but whenever we have problems with technical stuff, he is the one who saves us!”

I think that, in a way, we are all saved by their very existence, those often ignored and invisible characters of the Mission and their alternative realities. How else do we know that we are “normal?”