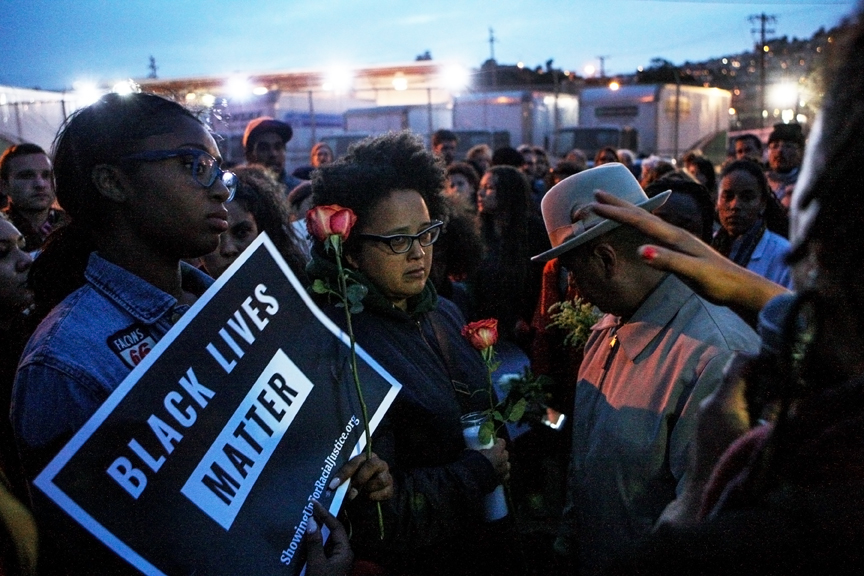 San Franciscans are right to celebrate Greg Suhr’s resignation as the city’s police chief effective May 19; it was a victory for a community whose trust was repeatedly violated by the police force tasked with ensuring public safety.

Suhr presided over a department whose officers were implicated in multiple scandals involving racist text messages, and more outrageously, a string of fatal officer-involved shootings of people of color, for which zero accountability was taken.

None of the officers involved in the shootings were ever found to have committed wrongdoing, largely because after every incident, Suhr sat through town hall meetings, excusing, defending and rationalizing the actions of those under his command.

With each incident community unrest grew, culminating in the “Frisco 5” hunger strike following the shooting death of Luis Gongora on April 7. The five activists helped keep attention on the SFPD and heat on Mayor Ed Lee throughout the month of April.

The last straw came when an officer shot and killed Jessica Williams, a 29-year-old black woman in the Bayview District on May 19. Mayor Ed Lee finally moved to relieve Suhr of his responsibilities.

Suhr had to go.  But while the decision to remove him was the right one, the issues plaguing the SFPD are systemic and will not be solved through the removal of just one public figure.

Suhr’s resignation suggests some semblance of accountability, and yet there seems to be outright refusal on behalf of street cops to acknowledge the department’s problems with racial discrimination, and how that impacts its policing of communities of color.

Suhr’s temporary replacement, Toney Chaplin, a black Oklahoma native and 26-year veteran of the force, is seen by some as a token gesture by the mayor hoping to appease communities of color, whose trust in law enforcement has long disappeared.

Chaplin has announced that his top priority will be to implement the reforms that Suhr was forced to promise, in the wake of each questionable officer-involved shooting and racist text messaging scandal. But those reforms, which included the promises of more de-escalation training, longer 36” batons, and changes in “philosophy,” were never really explained in any detail. And then there remains the task of getting the rank and file officers to actually adopt such changes, which will not be easy.

The first step toward reforming the SFPD has been taken but we need to continue to press the department and the mayor’s office to truly amend law enforcement policy, or the change is merely cosmetic.