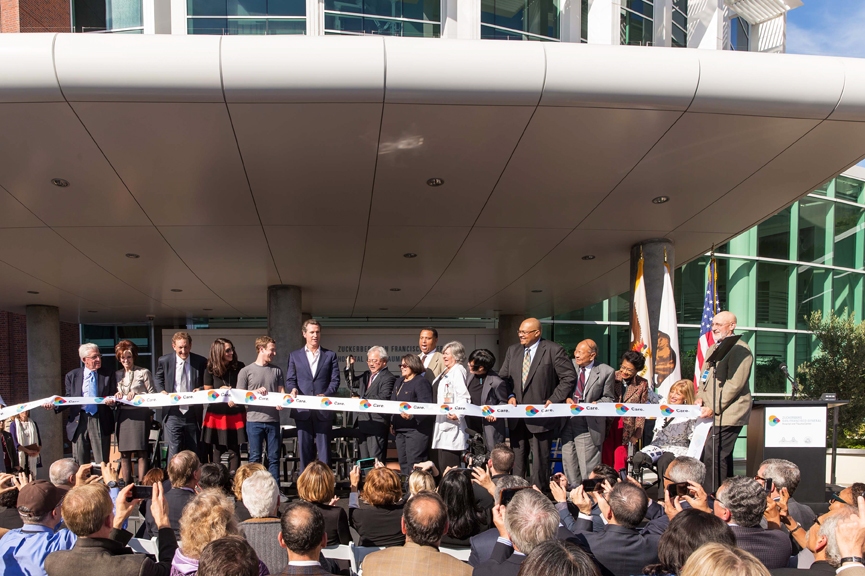 “La Posarela” musical: a Christmas celebration made in the Mission

In November of 2008 San Francisco voted on an $887.4 million bond measure to build a new San Francisco General Hospital. Despite the recession, the measure was enacted with more than 83 percent of the vote. On Nov. 21, Mayor Edwin Lee presided over the ribbon-cutting of “Zuckerberg San Francisco General Hospital” with the new building separated from the current hospital by “Wells Fargo Plaza.” Next May, the new hospital will open and some of the patients will be transferred to the “Bank of America Medical-Surgical Unit.”

The bond measure did not cover all of the equipment for the new facility, so the announcement of a $75 million donation from Facebook’s Mark Zuckerberg and his wife Dr. Priscilla Chang was an enormous relief. However, renaming the hospital for the 16th richest person in the world and his wife, who was completing her training there, seemed more than a little tone deaf. Zuckerberg once made $1.6 billion in a single day in 2014. If he was working a 12-hour shift, like many hospital nurses, then he would have earned his contribution in less than an hour.

San Francisco voters, who are collectively paying more than 10 times the contribution of Zuckerberg and Chang, never had a chance to support or oppose a name change. Not giving a voice to the San Francisco Department of Public Health employees who have worked diligently to support the bond measure is elitist and disrespectful.

Wells Fargo Bank paid a $175 million settlement in July 2012 for predatory loan practices, which targeted African-American and Latino homebuyers. They have also been implicated in the eviction epidemic. Wells Fargo and Bank of America were bailed out by taxpayers and went on to profit from foreclosures thereby contributing to the housing crisis. It seems a cruel irony to name a plaza and a hospital ward for the banks partially responsible for the homelessness, which affects a significant number of our patients.

The voters of San Francisco will be asked to pay for the retrofit of the current inpatient hospital. As a nurse who has worked at San Francisco General Hospital for many years, I will certainly endorse future bond measures to assure that we can continue to provide quality care to all regardless of economic class, ability to pay, or citizenship.

Unfortunately, naming a public institution for billionaires and corporations may induce future voters to say, “We don’t want to pay for it, go find a philanthropist.”

Public health is expensive but worth it. To turn the hospital we love into a billboard is more than distasteful; it is wasteful and divisive. Instead of costly and confusing re-branding, the money would be better spent to improve health care for all of us.

Coalitions unite behind Nieto family in wake of verdict