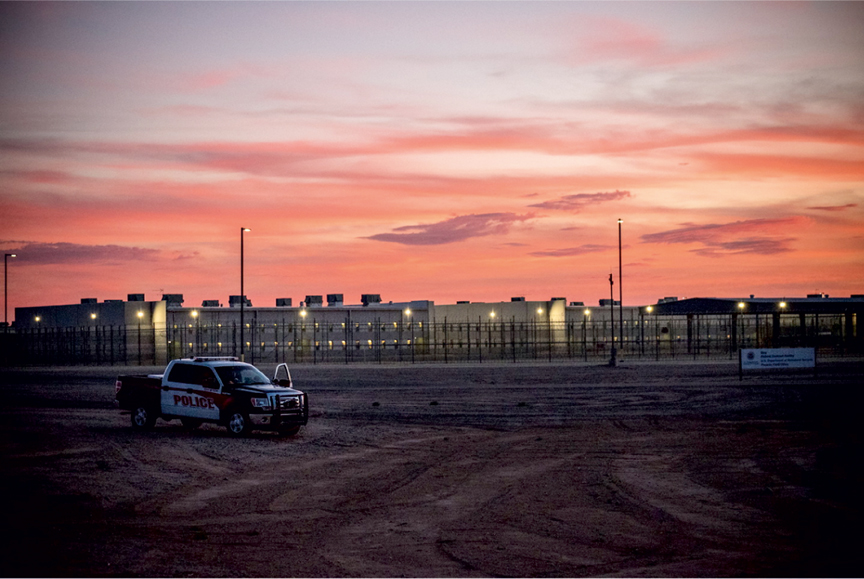 Why do they kill us?

If we are the hope

That was the war cry that stuck in my head. The voices that sang it, a group of Chicana women who waved their fists to the rhythm of the song. This image, along with the desert heat and the feeling of my heart skipping a beat at seeing the wall at the Mexico-U.S. border for the first time, definitely helped make this song a memorable one.

A few weeks ago—from Oct. 7-10—I had the opportunity to attend a meeting at the border organized by School of the Americas Watch (SOAW), an organization that tries to expose the consequences of military policies of the United States. It also aims to close the School of the Americas—now known as the Western Hemisphere Institute for Security Cooperation (WHINSEC)—a military school that teaches military recruitment and methods of torture to soldiers from almost every country in Latin America.

In the cities of Nogales (in Arizona and across the border in Sonora) and Tucson, Arizona activists and advocates for human rights throughout all of America, met to talk about the militarization of the border. From the specifics of how 253,000 weapons are annually smuggled into Mexico, to the nearly 4,000 who have died at the border in the last 10 years. Stories were also discussed, like that of Don Juan of “Las Aguilas del Desierto,” a volunteer organization that’s dedicated to going into the desert to retrieve the bodies of the unfortunates who failed to realize the grand lie, or irony, of the “American dream.”

A few other recurring stories included those of the days it takes to walk through the desert, with fear of being caught, dying of dehydration, or being attacked by wild animals, or animals that are “civilized.” The civilized animals being those Americans who patrol near the border, literally hunting and shooting migrants as if it were a sport.

Organizations like “No More Deaths/No más Muertes” are responsible for scattering water bottles throughout the desert intended to help dehydrated travelers survive. According to “No More Deaths/No más Muertes,” border patrol is responsible for breaking those same water bottles, and at times writing the words “Poison” on them as a means to discourage people from crossing.

As if that cruelty will solve at least one of the military policies the United States has imposed on the rest of Latin America, which has generated systemic problems including immigration.

As if annually spending $13.5 billion on defending the U.S.-Mexico border could hide the violence and misery of certain sectors within every country south of the Rio Grande.

As if the 75 percent increase in the budget of U.S. Customs and Border Protection over the past decade could stop the displacement by violence and lack of opportunities.

And as if they could scare away the hope of living a decent life with the brutal threat of being locked up in one of the immigrant detention centers, which are nothing more than prisons where, if you don’t have documents, you’ll be locked away without trial, without sentencing, without a voice and without human rights.

We had the opportunity to participate with School of the Americas Watch. In a collaborative space for minorities and people of color, activists with Black Lives Matter, with undocumented day laborers, with the Caravan contra la Represión en Mexico, with Ayotzinapa, some Native Americans, fighters for LGBT rights and many others, we came together to envision a new reality. We are all children of the same evil, pursued by the same hegemonic power—capitalism, corporatism, male chauvinism and, well, you know, the other “isms” that can be added to the list. The idea is to understand that we are not isolated struggles and when all misnamed minorities unite we become a super majority.

In the next column, I will try to relate the various direct actions that were taken within the proposal. Like how the Caravana contra la Represión en Mexico that sent representatives to talk about the most representative struggles, and how borders are effectively nothing more than mirages for economic power.

That’s why we make use of the word and from here we state loud and clear that no human being is illegal, and that being undocumented is a disease invented by fear and ignorance, for which we are fighting every day to find a cure.