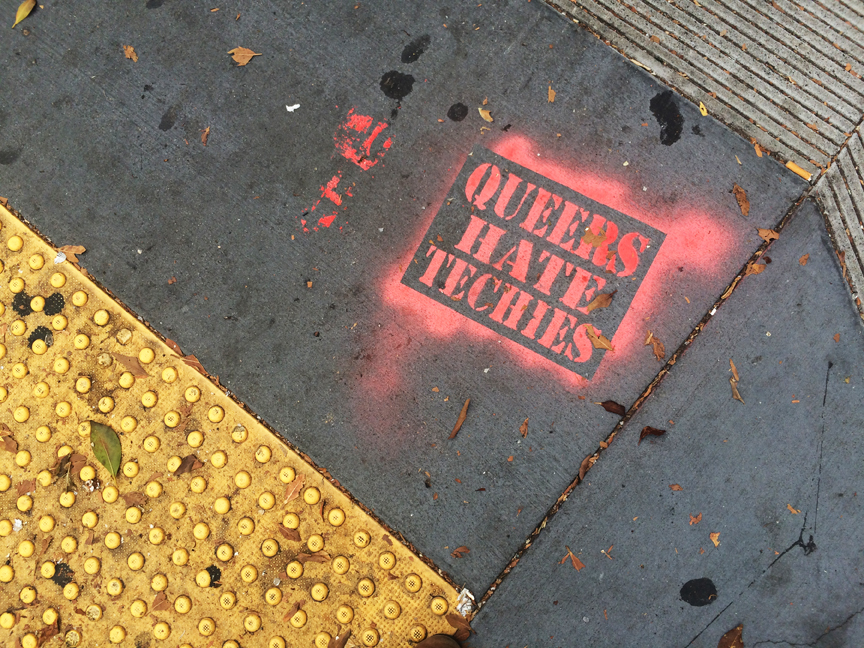 There are no borders that can contain the cry of Justice

I am concerned with a development here in the Mission and don’t know how to air this concern, and see if anyone else shares it, so I thought of your newspaper, which I read frequently for local news.

I am neither a long-term Mission resident (moved here about 15 months ago) nor a “techie.”  I understand the displacements that the increased cost of housing are causing.  However, I think it is wrong to allow anti-techie speech to be not just tolerated, but encouraged.  To partially explain my concern with this: my daughter Georgia is currently studying in Delhi, India, this semester, and I am learning with her about all the violence that occurred (10 million killed) when India was partitioned into Pakistan and India, and all the ethnic hatred and killing that ensued.  We see the same thing happening in Iraq between Sunni and Shia.  It is wrong to scapegoat one group of people for what is a systemic problem.

Three examples I can cite for you:

Stencils on many sidewalks of the Mission stating “Queers hate techies.”  Not only do I deplore the sentiment of hate, I can tell you that some queers are techies, and some techies are queer.

Two recent productions I attended at the Brava theater ended with exhortations of the audience against techies.

First the Alex Nieto production, which I enjoyed immensely, and whose case is a horrible example of police using profiling and jumping to conclusions, rather than thinking about saving lives.  At the end of this production the director/producer came on stage and declared that the Alex Nieto killing was a “direct” result of the invasion of the Mission by techies. Secondly, last night, again at the Brava, Marga Gomez ended her performance by asking the audience to join in with a rousing, “Fuck them!” about the techies.

I know that this makes for good theater, and produces bonding with the audience, but again, I see this type of thing as quite dangerous.  After observing this two weekends in a row at the Brava, I felt I must write to someone.