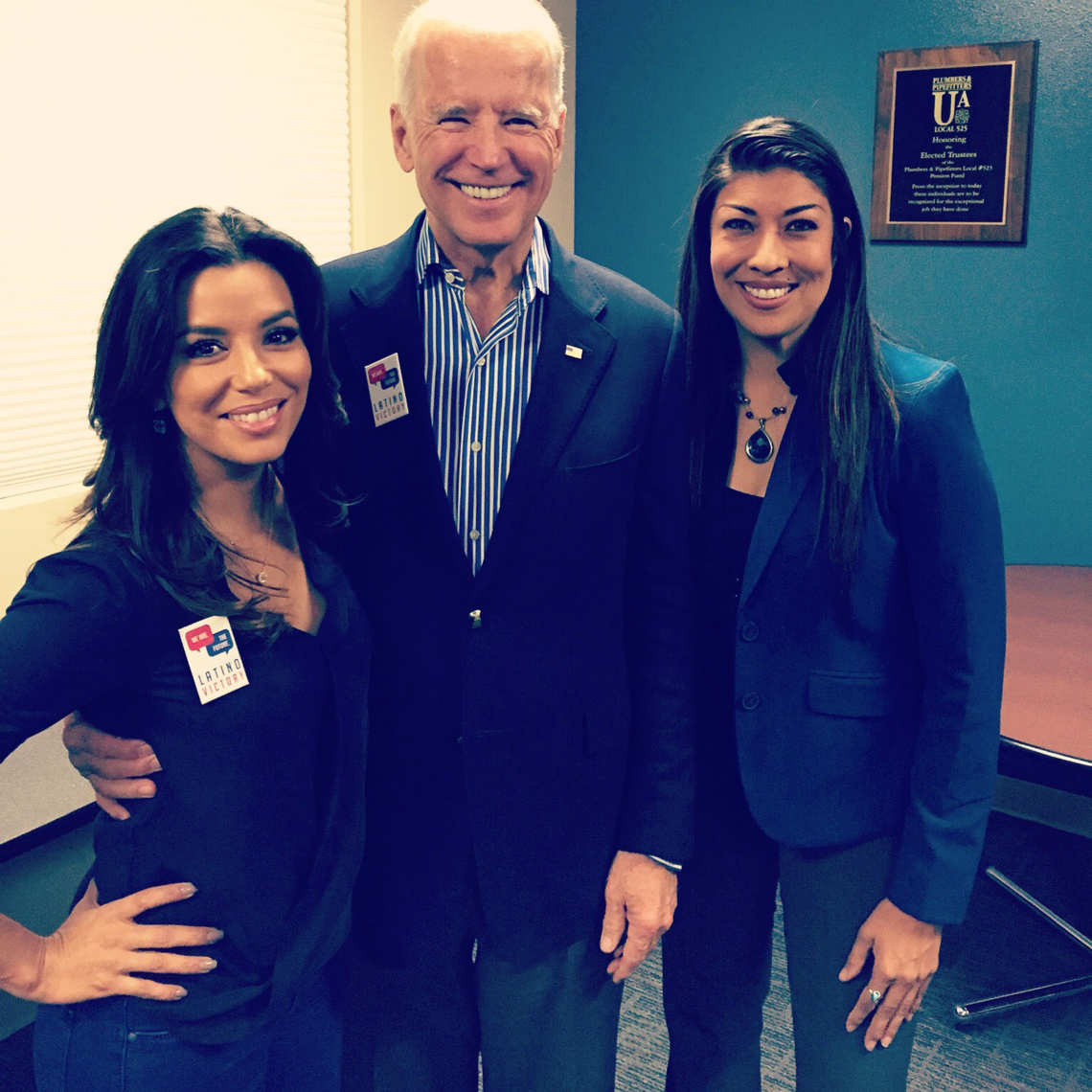 Like many politicians before, former Vice President Joe Biden presents himself as multi-dimensional and alluring character, worth of our admiration. And like many before, Biden occupies a position of power, upholding of the white patriarchy.

But Biden, who is expected to be a presidential candidate in 2020, has recently come under fire following the March 27 publication of an essay revealing his alleged misconduct. The essay, penned by Lucy Flores, a former Nevada lieutenant governor nominee, recounts how Biden deeply inhaled the smell of her hair and proceeded to give her a “big slow kiss” on the back of the head at a campaign event.

The Spanish saying, “tragame tierra,” meaning “earth, swallow me whole,” used by Flores in her essay about the incident, embodies the emotions she felt immediately following the interaction. The Spanish saying may resound with anyone who has faced sexual harassment in the workplace and for it, knows the subsequential feelings of embarrassment and humiliation. Following Flores’ essay, eight women have come forward recounting experiences with Biden that left them uneasy, and old articles have resurfaced documenting Biden’s history of such behavior.

This behavior, once excused with lighthearted headlines like, “Photo of famously friendly Joe Biden goes viral” and “Joe Biden: Sex Symbol?” is being re-examined in the era of Me Too and #TimesUp—not for the purpose of vilifying Biden, but in examination of the consequences of structures centered on power and privilege.

Tarana Burke, the founder of Me Too, spoke to the core of a movement misconstrued by the famous hashtag #MeToo, tweeted by Hollywood actress, Alyssa Milano.

“So much of what we hear about the Me Too movement is about individual bad actors or depraved isolated behavior,” Burke said during a Ted Talk. “And it fails to recognize that anyone in a place of power is in a place of privilege. And it renders anyone without power more vulnerable.”

This national conversation about Biden’s behavior (for which he eventually offered a hollow “apology” via video) has to move beyond the confines of the current paradigm where “sexual misconduct” means outright sexual assault and nothing less. We must instead work to reshape conversations on a culture of sexual harassment, dependant on power hierarchies which silence victims.

In her essay, Flores echoed Burke’s words: “I’m not suggesting that Biden broke any laws, but the transgressions that society deems minor (or doesn’t even see as transgressions) often feel considerable to the person on the receiving end. That imbalance of power and attention is the whole point- and the whole problem.”

“There’s been a lack of understanding about the way that power can turn something that might seem innocuous into something that can make somebody feel uncomfortable,” said Ally Coll, a 2008 Democratic staffer who recalls brushing off an uncomfortable experience with Biden.

In his two-minute non-apology video, Biden exemplified a shallow understanding of his behavior in context to his place of privileged power: “In my career, I’ve always tried to make a human connection—that’s my responsibility, I think. I shake hands, I hug people, I grab men and women by the shoulders and say, ‘You can do this.’”

In highlighting his behavior towards both men and women, Biden exonerates himself from any public belief of gendered harassment. Biden presses forward to cite his history as a champion of women’s rights, as though it would absolve him of responsibility for the privilege which comes with power, and its inherent ability to silence.

In the video Biden vows to practice intentionality going forward, but he fails to directly apologize to those he made uncomfortable. This is especially problematic because of Biden’s past history of non-apologies.

Explaining his opposition to desegregation, Biden once told a Newark, Delaware newspaper: “I do not buy the concept, popular in the ‘60s, which said, ‘We have suppressed the black man for 300 years and the white man is now far ahead: In order to even the score, we must now give the black man a head start, or even hold the white man back. I don’t buy that.”

This sentiment played out in the former Senator’s voting record, his drafting of the infamous 1994 crime bill, a driving factor behind mass incarceration, and his vote for the Anti-Drug-Abuse Act of 1986, being a few examples among many.

The acknowledgement of wrongdoing, but failure to directly apologize is classic Biden. He did the same thing with Anita Hill, and his role in failing her, and the country.

“To this day, I regret that I could not come up with a way to get her the kind of hearing she deserved, given the courage she showed by reaching out to us,” Biden said, again acknowledging wrongdoing but failing to apologize directly to Hill (and wholly recognize the negative implications of his actions).

Indeed Biden has spearheaded vital projects, examples found in the 1994 Violence Against Women Act, the 2014 “It’s On Us” Initiative, and 2016 National Sexual Assault Kit Initiative, but come the 2020 election instances of goodness must be thought of critically in context to instances of failure. In the roiling politics of today, a household name is not enough. And in a field of qualified candidates, all histories must be considered to ensure the election of a candidate who is for the American people, not a single ethnic group, or single gender.