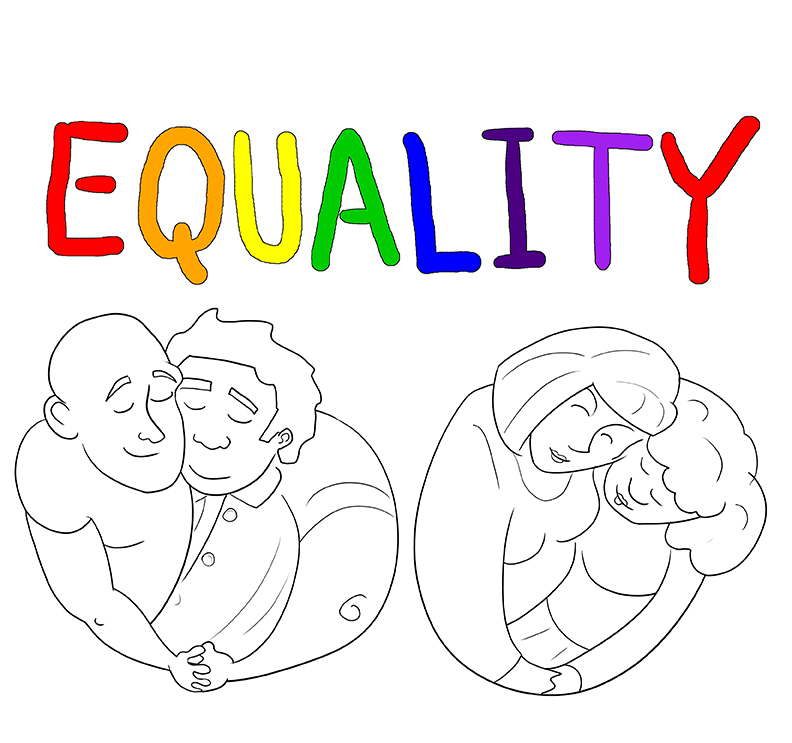 Recently my friend Diego left a gay bar in Mexico and requested an Uber. When he entered the Uber, the driver said, “Young man, this area is very ugly, isn’t it? There are too many deviant people, depraved types of people.” Diego, who is gay, didn’t find the comment funny. He asked the driver if he was referring to the people of the LGBT community. When the driver said “yes,” Diego told him that he was gay. The driver became serious, stopped the car and kicked my friend out of the car.

My friend had requested an Uber to get home safely and was left in the middle of the night in a city that is not very safe. Fortunately, Diego arrived home safely, but this kind of discrimination is outrageous. I am not saying the driver should celebrate my friend’s sexual preference, but an Uber driver should do his job.

When acts of discrimination like this happen, the justification of the aggressors is almost always religious. The so-called “march for the family” that was organized in 2016 in Mexico, which sought to stop marriage equality and the right of adoption for same-sex couples is a perfect example. Those who do not want gays to marry are no different than  those who did not consider people of color human beings, or men who didn’t want women to vote. It’s the same legal exercise of oppression and intolerance.

In all these cases, there’s an ideological defense used to justify the discrimination.  In the case of the “march for the family,” there is a game of marketing—they wouldn’t call it “nosey homophobes” because that just doesn’t have a nice ring to it. It’s the same trick used by soda companies that sell you happiness instead of saying they’re in the canned diabetes business.

People can do as they will as long as their will does not hurt anyone. I honestly do not see anyone getting hurt if gays get married and adopt babies. If we remove God from conversation, there is no compelling reason to avoid adoption equality. Caution: When I say “remove God from conversation” I mean that nobody knows God and (if it exists) I do not believe that men have the ability even to understand God’s will, so we really do not know what it wants. As far as I know, God could have created homosexuality to regulate overpopulation by making gays adopt unwanted children, born to negligent heterosexual parents.

Usually when one wants to defend intolerance of homosexuality, they argue that it’s “not natural,”  Man’s crowning achievement is to separate from what connects him with nature: we continue to expand the life expectancy of past generations, try to look younger with makeup or plastic surgery, we learned to speak, to master fire, we are far from living in caves and hunting our food.

While there are monogamous species in nature, I have never seen penguins sign a license or propose marriage. Yes, the conception of a baby requires a man and a woman and it is natural, agreed. How society is organized for the upbringing of their tiny humans, however, is something entirely cultural.

People who fall for this lazy argument that gay marriage or the possibility of adoption for LGBT people should be blocked because they are unnatural, should then be willing to get rid of everything else that is not “natural” in their lives: stop using the internet, electricity, start to look for your own food… do not use the toilet. In short: The act of wanting to block a law just because it is “unnatural” is the last resort of an unimaginative mind.

Coexistence would be easier if each of us focused on our own actions and did not go meddling in the affairs of others. Unless, of course, other people’s affairs are violent, like a group of homophobes chasing you down and castrating you, for example. It’s not surprising that people who do not want gays to have rights are people blinded by privilege. There has never been a law that has targeted them.

Moreover, I have a suggestion: if you are wasting  all that time organizing marches and demanding laws made just for you and yours, you can make better use of your energy by adopting a child. You may think that you saved a child from being a criminal, or worse (for you, at least), saved him from being indoctrinated as gay. I’m not religious, but I feel like that would give you points with your God, right? Although it’s worth keeping in mind that most gays come from a heterosexual marriage and a super macho father.

If your baby does turn out to be gay, take it as an opportunity to be more open-minded: look closely at how difficult things are for them. Hug them when frustration hits them because of how they are treated. Understand that, if you do not choose your allergies, your tastes, or whom you fall in love with, you probably don’t choose your sexual preference either. Think of how devastating it must be to want to change one’s own nature and combine that with the ignorance of people who call themselves good because they eat wafers every Sunday. Allow yourself to grow. Who knows, maybe you’ll have fun at the wedding.