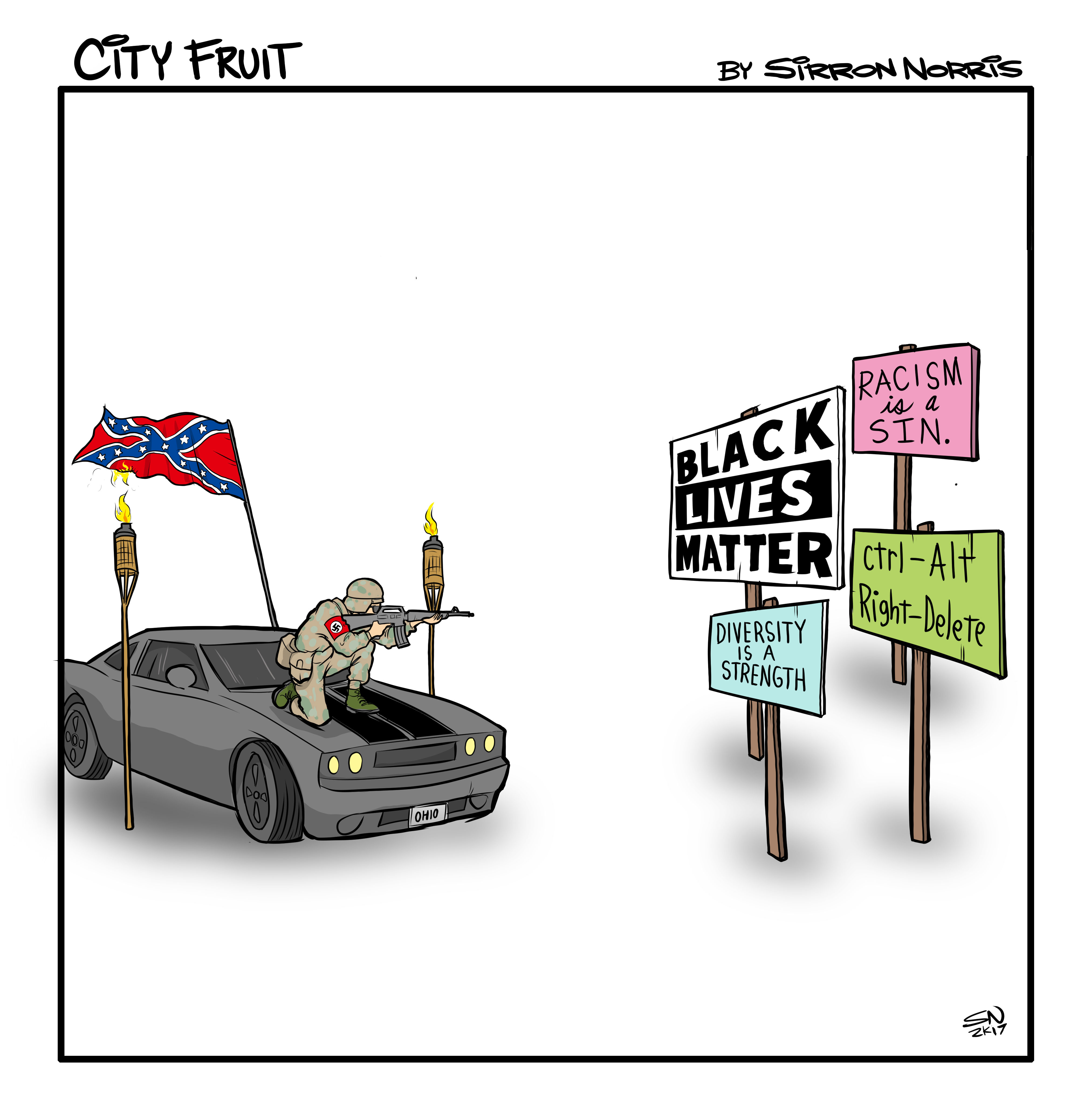 I love Sports…and I love Poetry

The mob of White men who gathered in Charlottesville, Virginia on Aug. 11 to protest the planned removal of a Robert E. Lee statue, claimed they were doing so in the name of “free speech,” but the torches and guns they brought with them, along with their violent rhetoric, suggested otherwise.

“You will not replace us!” they yelled as they marched through the streets. Just who would be doing this alleged “replacing,” and, what exactly is in danger of being replaced wasn’t explicitly stated, but it isn’t hard to read between the lines. The “who” is literally everyone else who isn’t a White man, and the “what” is the centuries-long White male domination of resources, culture and political power in the United States.

The scene at Charlottesville—where hundreds of mostly young, angry white men carried torches and yelled—likely resembled the last thing that the many lynching victims saw before they were murdered. The bodies of Black people hanging mutilated and tortured from trees were a common sight throughout the American South after the Civil War, and well into Reconstruction.

The statue of Lee, like many other statues of Confederate figures across the South, wasn’t erected during reconstruction, but in the 1920s at the height of the Jim Crow era, as a monument to an existing social structure where Blacks were treated inherently inferior.

The men who marched are White supremacists, and their “demonstration” was not in defense of freedom. The only freedom these men are interested in is the freedom to intimidate other groups of Americans, to continue a legacy of terrorism that was inflicted upon Black people, during slavery and well after emancipation. A legacy where the original inhabitants of this continent were told that they, and not the colonizer, were immigrants who were trespassing on this land. A legacy where all women (including White women) were forced into societal roles of servitude. A legacy where everything functioned fine so long as these groups “knew their place.”

This is what these men were seeking to defend when they arrived in Charlottesville, and it’s exactly what needs to be defeated.

Following the deadly violence that broke out in Charlottesville on Aug. 12, Confederate monuments in other cities like Durham, North Carolina have been torn down by the public. And on Aug. 19, 40,000 peaceful counter-demonstrators showed up to dwarf several dozen attendees at White nationalist rally in Boston.

These undoubtedly positive signs may tempt some into believing our national dispute identity is well on the way to being settled. But as social justice activists continue to press for a more demographically equitable society, there will be more (and more forceful) pushback from the White nationalists clinging to the legacy of White supremacy. Let’s follow the example set in Boston, by continuing to peacefully demonstrate our superior strength in numbers, as we dismantle White supremacy one Grand old statue at a time.