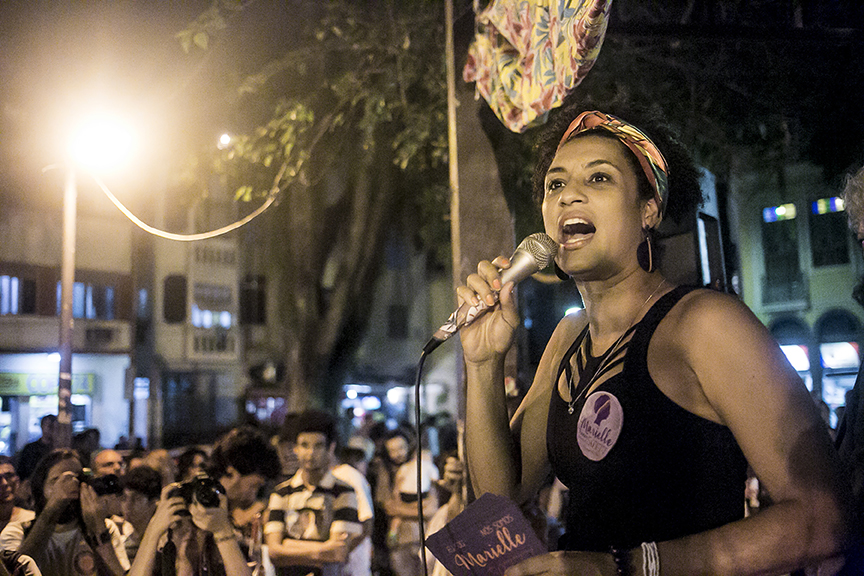 Less than a month after the assassination of Brazilian politician and activist Marielle Franco, the question that remains on the minds of Brazilians and people all around the world is, “Who killed her and her driver Anderson Gomes?”

Brazilian police intelligence hasn’t yet solved the case, but some clues have already been revealed. Suspects in two silver-colored cars followed Marielle to where her final event, in support of Black women, was scheduled to take place. Equality for LGBT, Black and other ethnic minorities were causes that Marielle had always fought for.

As a Brazilian Negro and journalist who lived there for 23 years, I know and understand how difficult it is for Blacks to reach positions of high prominence in Brazil. Note that Marielle was the only Black woman among the 51 elected councillors in the Municipal Chamber of Rio de Janeiro.

She was not just another city councillor, she was a woman, she was a product of the favela, where countless deaths of innocent Black victims occur due to the mistreatment by police authorities, who always see the Black slum as a target in their operations.

Marielle showed that she was prepared for the consequences of her role as a councillor in monitoring military police brutality in Rio de Janeiro and, shortly before her death, she even highlighted atrocities committed by the military police against the inhabitants of the Acari favela. Not without reason, Marielle has always stood in favor of the demilitarization of the police, which is by no means to say that she supported bandits. No one in their right mind wants to see unpunished criminals living freely among the people.

To have someone like Marielle fight bravely for the survival of the poor is a breath of hope that shows us that through much effort, struggle and dedication, it is possible to face and overcome the barriers always imposed on us who are Black and poor.

She was our representative against racism, and against the Black genocide in Brazil.

Of all homicides in Brazil, 71 percent of the victims are Black. Never have we had clear and effective public policies of fighting and confronting racism in Brazil. Brazil was the last country of the Americas to abolish slavery. That was more than a century ago and still our Black population remains in this vulnerable situation.

Who was interested in the death of an activist? Certainly those who do not wish to see the rising and growing of our Black people. Those who prefer to see us at the their mercy. Those who are accustomed to being on top and always looking down on minorities. The many powerful, corrupt cops and military police who do not allow us to take different paths from those we have always known.

For these, and other reasons, Marielle’s life was and will continue to be an inspiration to many of us—inspiration not to be silent in the face of such oppression. And if her killers thought that they would silence us with her death, they are wrong. On the contrary, her death has given us a new breath. Much hope is being born in every corner of this country, with new Marielles willing to stand up and never be intimidated by whatever challenges they may face.