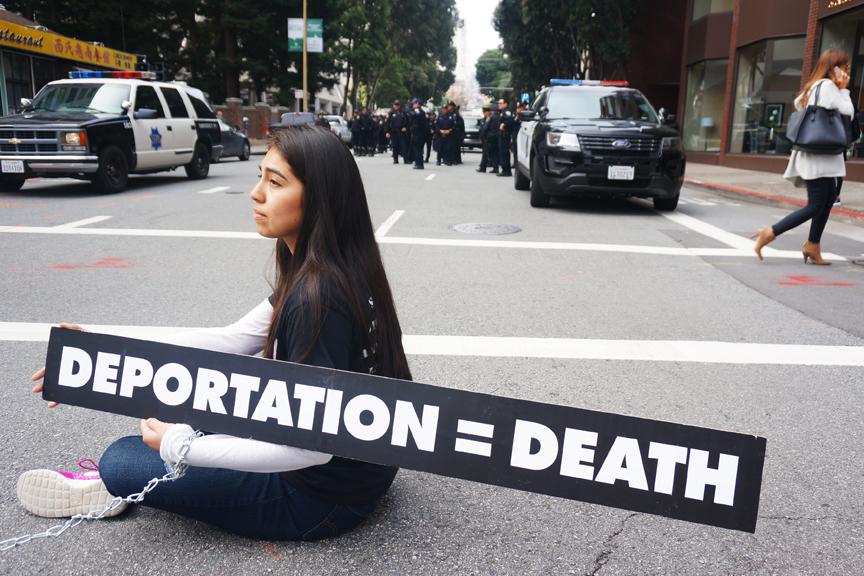 Bernie or Hillary? The choice for progressives is clear

Immigrating to another country is all too often fraught with tremendous challenges and sacrifice. Many immigrants undertake the journey to escape from war and violence, poverty and oppression. Often, they are forced to flee without the necessary documentation for our country’s byzantine and arbitrary immigration system.

As a son of immigrant parents, I’m proud to represent a district that understands the journeys taken by diverse immigrant communities that enrich our city and benefit our state. San Francisco is a true sanctuary city, providing a home for people from all around the world, regardless of how they may have arrived.

That is why I was so disappointed to learn about recent Immigration and Customs Enforcement (ICE) raids carried out under the authority of the Obama administration. These raids have unfairly targeted children and families—many fleeing life-or-death situations in Central America.

During his time in office, President Obama has been a strong advocate for immigrants and comprehensive immigration reform. He showed real leadership with his executive actions regarding Deferred Action for Childhood Arrivals (DACA) and Deferred Action for Parents of Americans and Lawful Permanent Residents (DAPA) programs, which are now being held up in court by anti-immigrant forces. These programs were a positive step towards fixing our broken immigration system, hence, our collective community shock at ICE’s ramped-up, discriminatory raids.

These ICE raids are more in line with the xenophobic rhetoric of Republican presidential candidates than America’s democratic ideals, and I cannot condone them. This is why I authored a letter—signed by 43 of my colleagues from the California State Legislature—to President Obama denouncing the raids on our immigrant families and children, and urging the administration to put an immediate stop to them.

These raids contrast sharply with a recent successful effort by our Asian Pacific Islander and Latino Legislative caucuses. Working alongside a broad coalition of community advocates, we secured $15 million for community-based organizations to assist eligible immigrants in applying for citizenship or deferred action. Our One California program will provide legal services to vulnerable immigrants attempting to navigate a complicated and often unforgiving system.

Letter to my co-workers: The educators

Since voters passed Proposition 187 in 1994 to deny public services to undocumented immigrants, California has come a long way. The public now supports recent California laws that provide healthcare for undocumented children and driver’s licenses for undocumented residents. We are creating the model of an inclusive society in California, and sowing the seeds for a better, healthier and brighter future for all.

I applaud the dedicated advocates fighting for immigrant rights across the state and protesting unjust ICE raids from San Francisco to Los Angeles, and I applaud my colleagues for taking a public stand with California’s immigrant communities. To read the letter signed by 44 Democratic California state legislators denouncing the Obama administration’s ICE raids, visit: www.asmdc.org/members/a17/.