For decades, the Redstone Labor Temple at 16th and Capp Street has been a symbol of resistance—serving as a foundation of union organizing, and igniting social and economic change across San Francisco.

But now, like Galería de la Raza and La Victoria panaderia, the Redstone Building exemplifies the struggle to maintain the culture and identity of a Mission District constantly threatened by new development.

“It’s a huge endeavor,” MEDA Director of Community Real Estate Karoleen Feng said. “We’ve lost so much in the community. We need to hold onto buildings where we can keep a mass number of folks who are making the neighborhood and the city what it is.”

MEDA has until Aug. 1 to complete the transaction but a funding gap remains. The organization needs $7 million in financial support to preserve the three-story landmark as a permanent center for cultural resources, while maintaining affordable rents.

“If we don’t get that $7 million then our capacity to serve the people of the Mission District will be minimized or [we] will have to change and reorganize pretty drastically,” Redstone tenant Dena Beard said.

Beard is the executive director of The Lab, a 35-year-old experimental music and art space that supports the work of traditionally underrepresented artists and art forms. She believes in public spaces like the Redstone where people can express their concerns, exchange ideas, or find ways to advocate for one another.

It’s a mission the Redstone has always served but one Beard hopes to expand on further in a joint effort between locals, MEDA, and the Redstone Labor Temple Association (RTA)—which aims to promote and protect the building as a place for community-based groups, artists, and small businesses.

“We may not have much money but we can do a whole lot,” Beard said. 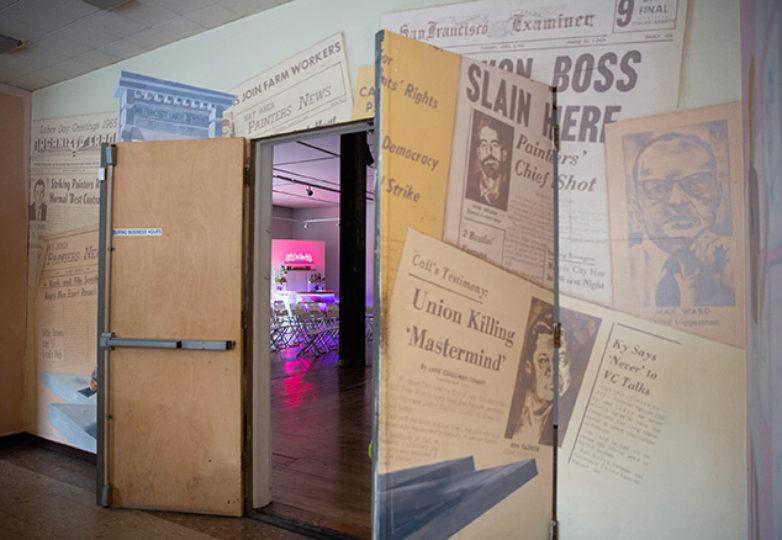 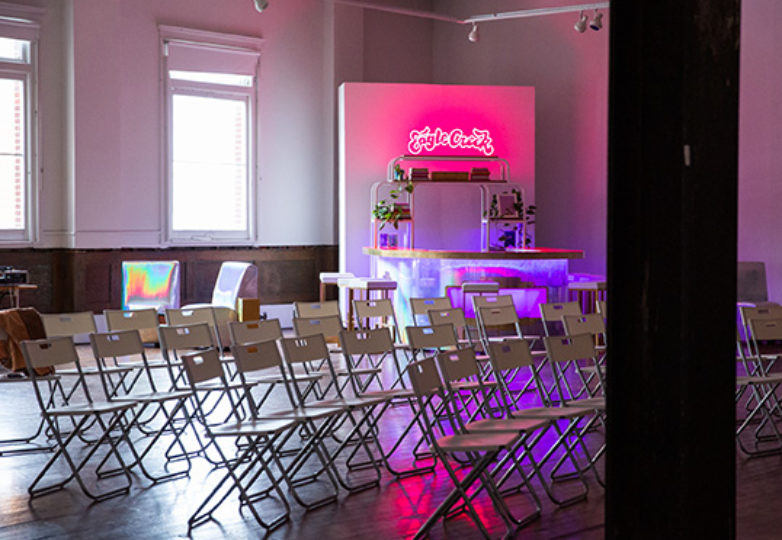 Built in 1914, the Redstone Building is home to longtime social and economic justice organizations—including the International Indian Treaty Council, La Radio Flash, Western Regional Advocacy Project, and El/La Para TransLatinas— who rely on the building’s location and affordable spaces to support diverse communities within the city.

“This building is special because we have the most resilient people from the Mission,” said artist Txutxo Perez, who has occupied a studio space in the Redstone for the past three years.

Born and raised in Mexico City, Perez moved to the Bay Area in 1994, inspired by working-class San Franciscans and their fight for rights. He is a studio assistant in the Community Arts Program at Hospitality House, an organization in the Tenderloin that pro- vides opportunities and resources to neighborhood residents struggling with homelessness and poverty.

His work demonstrates the positive impact that services offered by places like the Hospitality House and Redstone Building have on marginalized people and underserved communities. “It’s important to keep a presence here because every one of us has a community to serve,” Perez said. 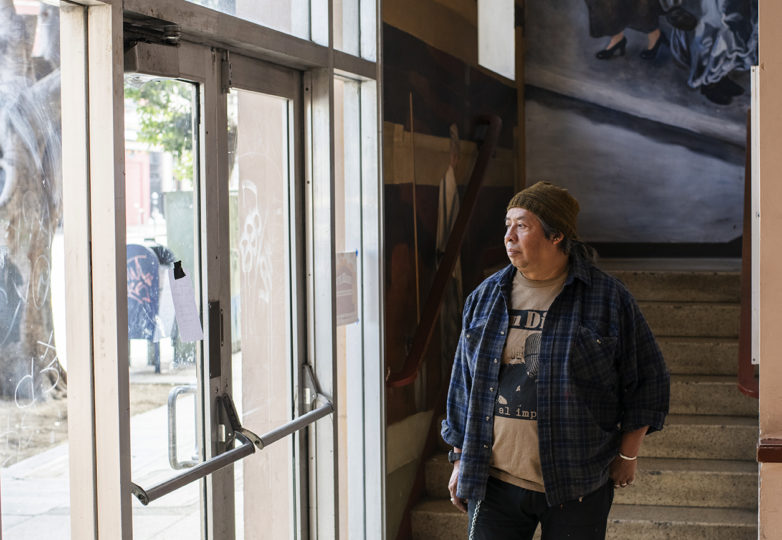 Txutxo Perez stands in the lobby of the Redstone Building, on June 16, 2019. Photo: Dane Pollok 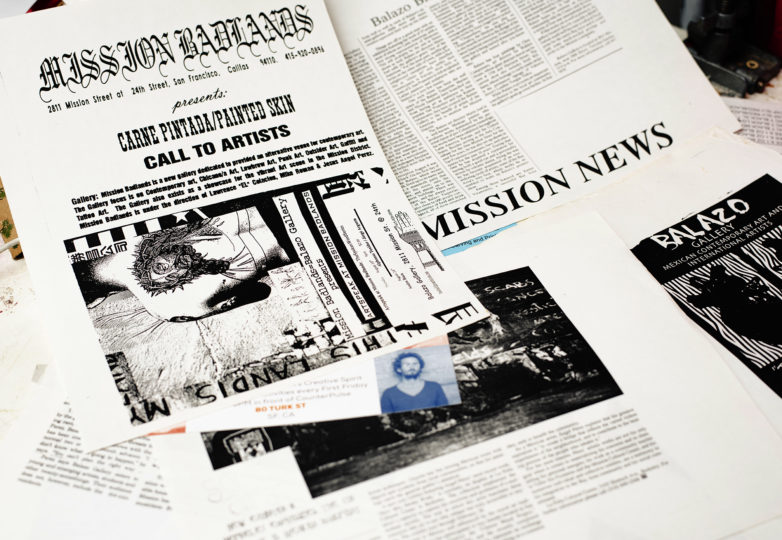 Detail of Txutxo Perez’s studio at the Redstone Building in the Mission District, copies of articles about him and art shows/events he’s been involved with over the years, on June 16, 2019. Photo: Dane Pollok 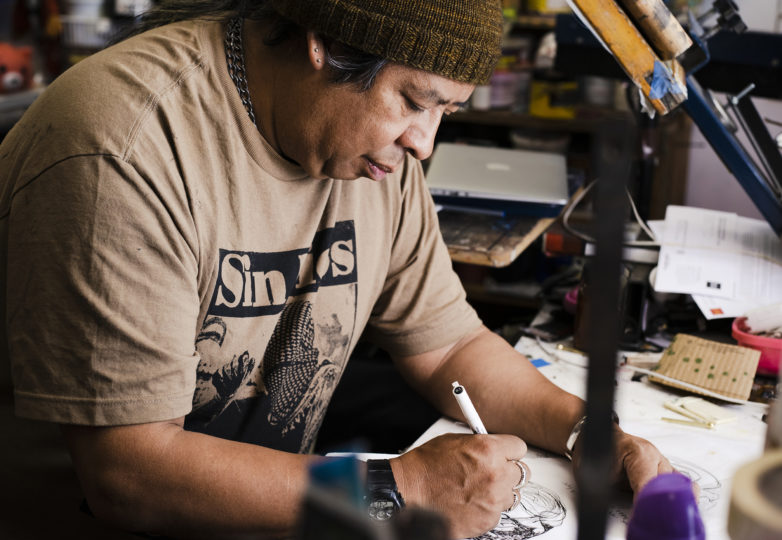 Txutxo Perez works at his studio on a logo for a local organization offering free massages to the homeless, June 16, 2019. Photo: Dane Pollok 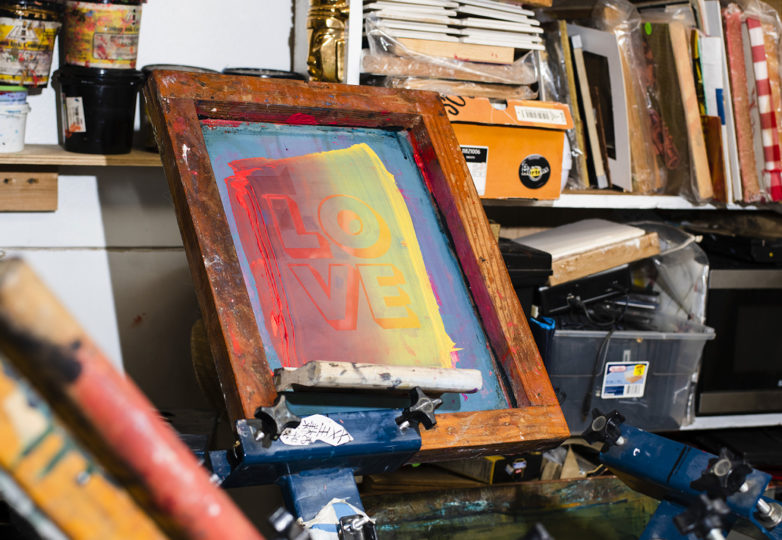 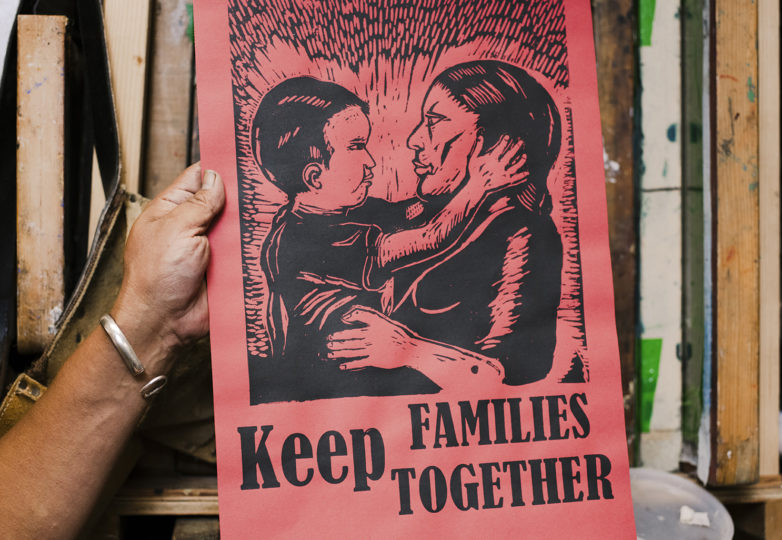 Txutxo Perez in his studio at the Redstone Building in the Mission District, holding a “Keep Families Together” silkscreen print, June 16, 2019. Photo: Dane Pollok 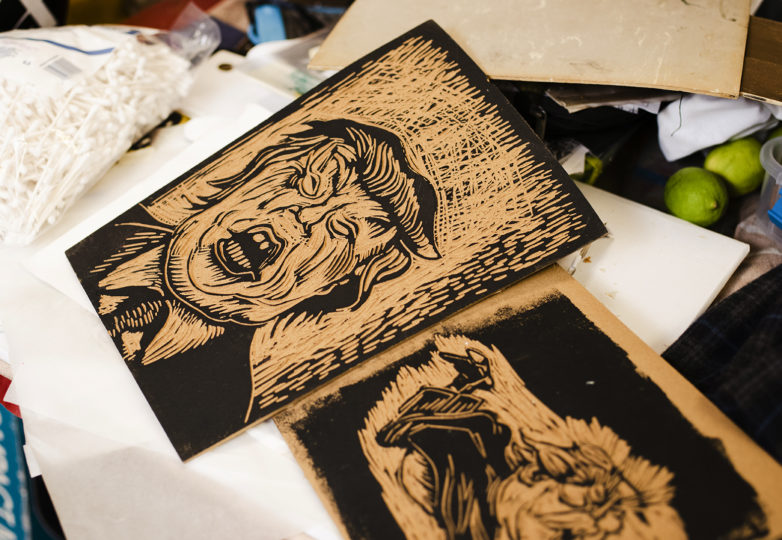 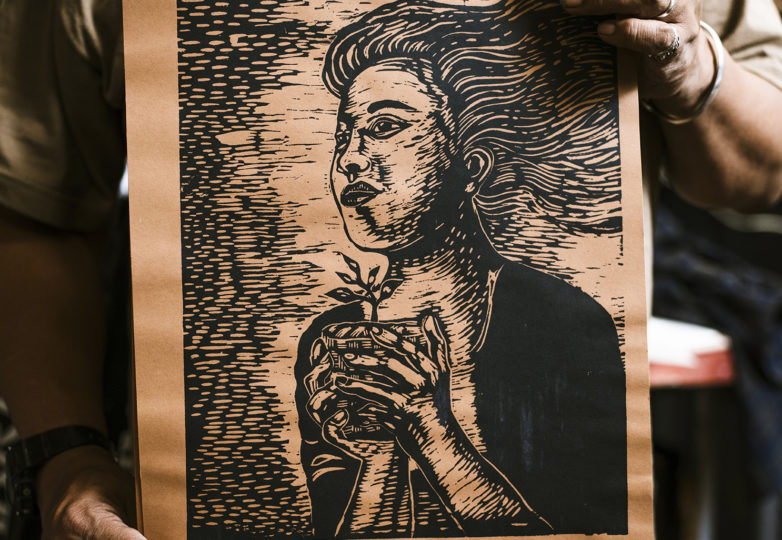 Txutxo Perez in his studio at the Redstone Building in the Mission District, holding the silkscreen print “Resistance is Fertile,” June 16, 2019. Photo: Dane Pollok

From housing the first all-women’s union to being an epicenter of organizing for the San Francisco General Strike of 1934, the century-old edifice was a significant piece in the development of labor movements, which influenced cities far beyond the Bay Area.

“There’s so much history in San Francisco but it’s crumbling, it’s falling apart,” said Marissa Jefferies, a development coordinator for the Committee in Solidarity with the People of El Salvador (CISPES).

Riddled with an aging infrastructure and poor electrical systems, the Redstone Building must undergo major rehabilitation, including seismic upgrades and ADA-compliance implementation. Jefferies urges public officials to take financial responsibility for buildings that are as historic and influential as the Redstone in order to sustain a community presence for future generations.

“The fight that everyone’s putting up for Redstone has been years in the making,” she said. “I think it speaks volumes on what the city [officials] thinks about San Francisco and where their priorities lie if the purchase doesn’t go through.”

It will take a community and city-wide effort to save the Redstone Building, but activists like Jefferies understand that the struggle doesn’t begin and end there.

Learning the history of the Mission and acknowledging those who built the backbone of San Francisco is key in the fight to maintain the culture and diversity that attracts so many.

“The unification between locals and the people who are contributing to the gentrification needs to happen in order for real change,” Jefferies said. “If you’re going to benefit from the riches of the city, you also have to give back and one way to do that is to help keep buildings like the Redstone alive.”