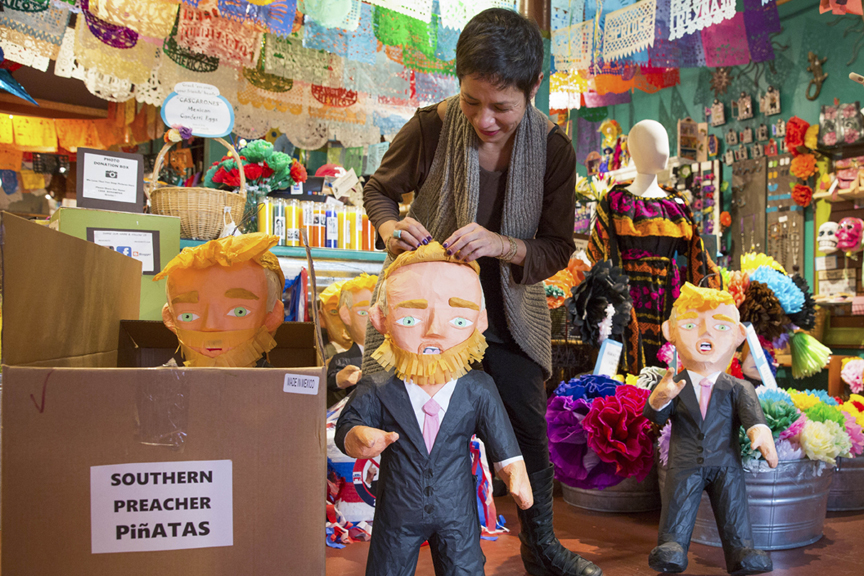 The election is over, now we look forward

Nancy Charraga, owner of Mexican craft store Casa Bonampak located at 1051 Valencia St. (between 22nd and 21st streets), has been selling Donald Trump piñatas since the businessman-turned-Republican Presidential nominee announced his candidacy in the summer of 2015.

As far as piñatas go, they were a hit.

One problem: Her piñatas, which are made in Mexico and sold at her Mission District shop, were soon held in customs at U.S.-Mexico border for bearing the Trump name brand. So in an attempt to keep her shelves stocked with the popular effigies of the not-so-popular “candidate,” Charraga’s vendors resorted to labeling the bashable dummies as “Southern Preacher” piñatas, and disguising them with false beards to boot. The trick worked.

It appears some “bad hombres” are still sneaking past border patrol.