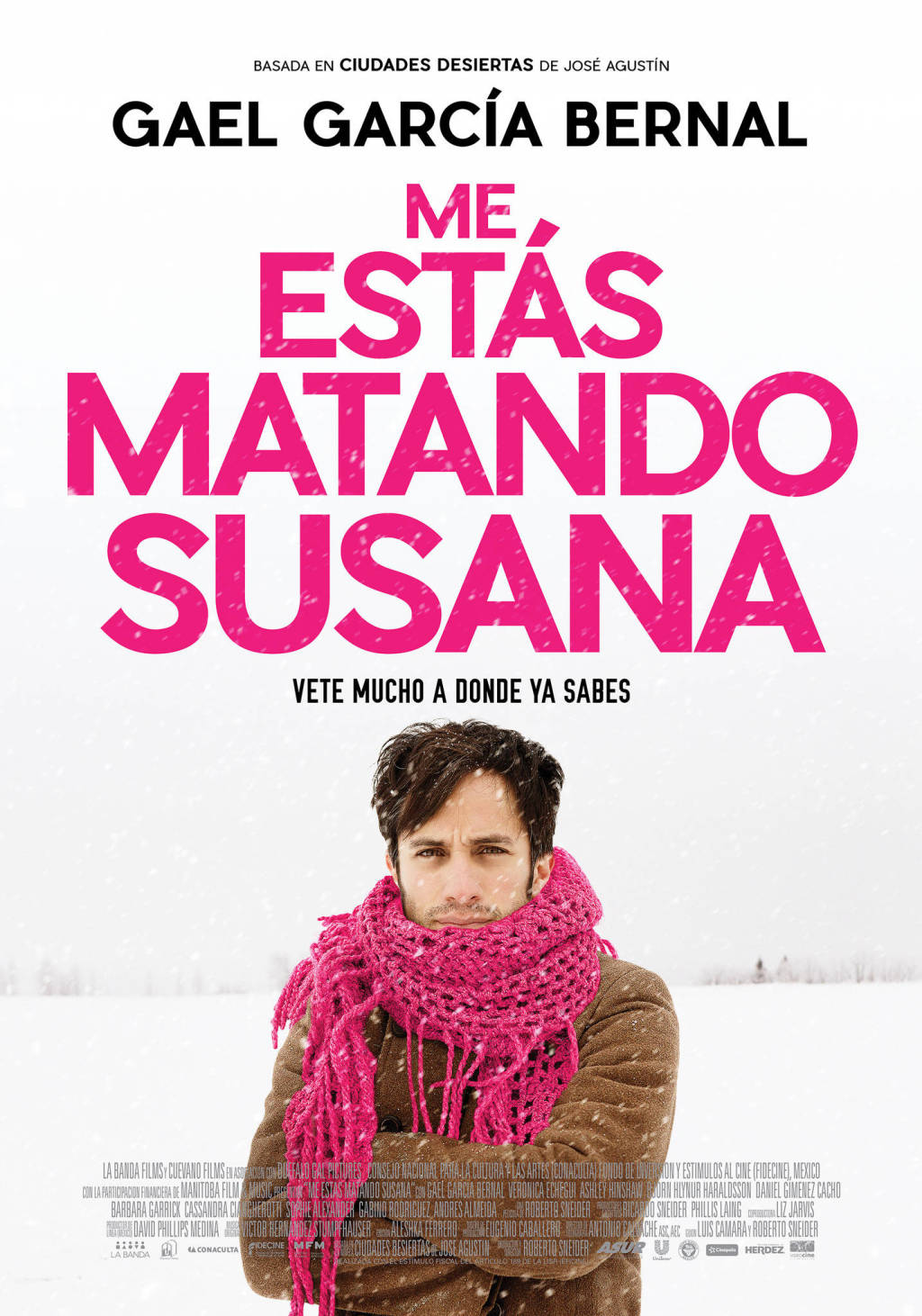 A day without immigrants in the Mission 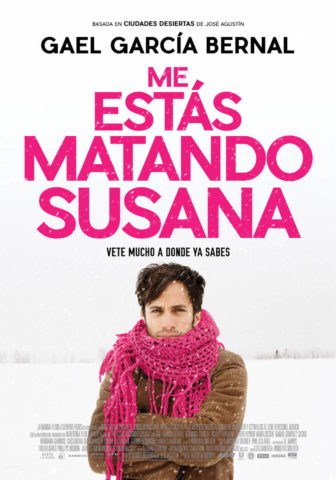 Based on the 1982 book “Deserted Cities” by José Agustín, renowned author of the “La Onda”  literary movement, Roberto Sneider’s  “You’re Killing Me Susana” (“Me estás matando Susana”) follows the charismatic and amusing character played by Gael García Bernal (a sort of Mexican Woody Allen) in his eagerness to recover beautiful Susana played by Verónica Echegui.

This is Sneider’s third literary adaptation after “Two Crimes” (1994) and “Tear This Heart Out” (2008), based on books by Jorge Ibargüengoitia and Ángeles Mastretta respectively. Born in the Mexico City in 1962, Sneider also co-produced “Frida” (2002) with Salma Hayek, and he was executive producer of “The Hours with You” (2015) by Catalina Aguilar Mastretta.

During a recent visit to San Rafael for the Mill Valley Film Festival, El Tecolote spoke with Sneider about the book adaptation, the protagonist couple and a memorable scene involving spanking (spoiler alert: skip the last questions if you do not want to know the end).

Your film premiered at the Guadalajara Film Festival, Mexico, as “Deserted Cities.” Why did you change the title?

The novel is called “Deserted Cities,” and the title of my film was always “Deserted Cities” for me, but the distributor made me realize that we were going to release the film around the same time as “Desert,” another film starring Gael. I was told that was not a good idea. And the distributor also suggested to have a title to make the audience understand that it is a movie about a relationship with a sense of humor.

How different is “You’re Killing Me Susana” from “Deserted Cities?”

To begin with, we moved it from the 1970s to the present, and there is a great cultural difference. And while the novel begins to tell the story from Susana’s point of view, we decided to start from the moment Eligio realizes that his woman has left, without getting her point of view until he arrives looking for her. They were important changes. And all the language, especially the language of the relationship, is a bit different, and Eligio’s character too … but the essential problems remain the same.

How did you pick Gael García Bernal and Verónica Echegui to play the couple?

Eligio as a character is a real jerk, but an adorable little bastard as Agustín writes it. I said to myself, “For that you need an actor who has that kind of charisma and sense of humor, without betraying a really neat thing present in the novel that I wanted in my film.” And I thought Gael was perfect for that. Maybe he did not physically resemble the Eligio I imagined when I read the novel, but I said to myself, “There are more essential things in this character to be rescued.” It was from the very beginning that I wanted Gael in the film.

Once Gael joined the project we started looking for Susana. We read with many, mostly Mexican, actresses. And in one of those talks with Gael, he said, “A long time ago I read in a casting with an actress with whom we had a very special chemistry and I thought was a very fine actress. She could do very well. Why don’t we see Verónica Echegui?” We immediately realized that there was a very special chemistry.

Were the dialogues of the scenes improvised with Gael and Verónica?

We really wanted the film to feel fresh. The novel is very imperfect in its writing style, on purpose. It feels rushed because the story is very passionate. And I wanted to do something similar. It felt to me that the way to achieve that natural and fresh tone was to allow improvisation and to have a little of that imperfection. And during the editing we did also something along those same lines, we fragmented the moments with “jump cuts.” Having taken that stylistic decision I told the actors, “Improvise, that I’ll cut out.”

Is your film for men or women?

I swore it was a film for men, because it has a male point of view. But it also has what you may call a feminist view, very present in the novel, which [is] that of a strong woman who says “No, you can be charming, you can be whatever you want, but you’re not getting away with that type of attitude.” It has become more a film for women who enjoy watching this passionate man suffer as a result of his behavior.

Is there spanking in the novel at the end too?

Yes! I loved that about the novel. I think it’s brilliant. An essentially feminist novel ends with a spanking. And you say, “It takes balls, doesn’t it?” I liked it, because it is a loving thing. It is not a thing of submission or violence, but of “I am still a man and you are still a woman, and you have behaved badly with me too and you have to tell me that you love me.” Funny, isn’t it? The “macho” wants to be told that he’s loved. It is a matter of insecurity what the film is talking about.

“You’re Killing Me Susana” will screen at the Roxie Theater in San Francisco on Feb. 24  and Sneider will be present for the the film’s premiere. To purchase tickets go to Roxie.com.