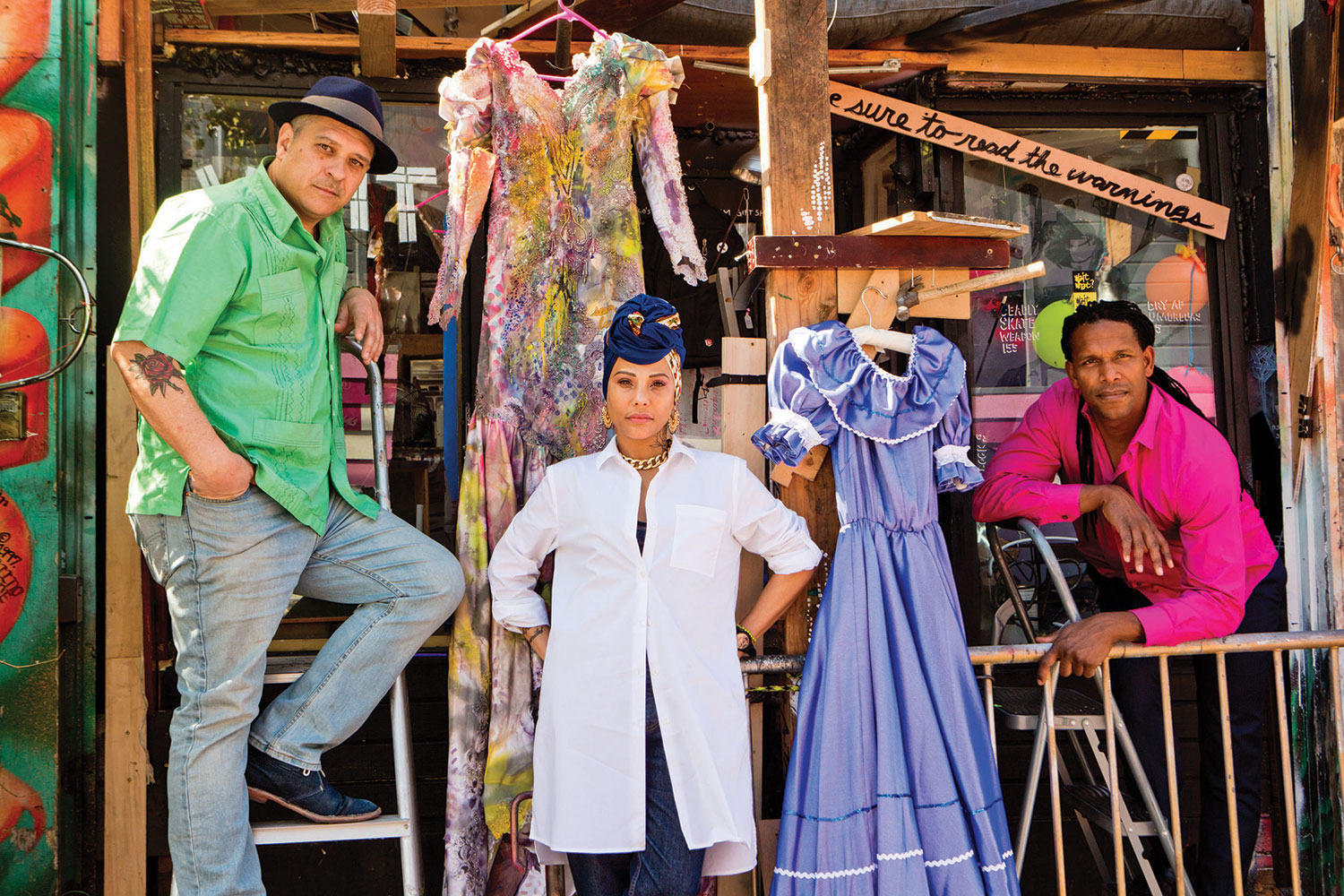 Local playwright Paul S. Flores’ newest theater production “We Have Iré,” which premieres at the Yerba Buena Center for the Arts on May 10, will chronicle the often harrowing journeys of Afro-Cuban and Cuban-American artists who leave everything behind in Cuba, as they seek to cultivate their artistic talents and dreams in the United States.

The theatrical piece is directed by Rosalba Rolón of the Bronx’s Pregones Theater. It combines Flores’ screenplay with the musical compositions of saxophonist Yosvany Terry, choreography by dance teacher Ramón Ramos Alayo, plus music by DJ Leydis and videography by Eli Jacobs-Fantauzzi, to create a multidisciplinary audio-visual documentary theater show.

“We have Iré” is an attempt to illustrate for audiences the feeling of “Iré,” a word of Yoruban origin brought to the Caribbean from western Africa on slave ships. According to Flores, “Iré” alludes to a moment “of good condition, a feeling of balance, of good fortune, of feeling connected to your purpose in life.”

The illustration is achieved through the different ways these Cuban artists—Yosvany Terry, Ramón Ramos Alayo, and DJ Leydis—come to have their moment of Iré as they navigate their lives away from family in pursuit of their artistic goals.

“The stories of these characters [in the play] are about folks right here in our community … how they came here, what they had to leave behind, and what they risked as Black, Latino immigrants,” Flores said.

For one of the characters, DJ Leydis, her story begins as she made her way to the United States as a young female deejay in search of a community of others whose passion for hip-hop mirrored hers. Yet in doing so, she had to make one of the greatest sacrifices in her life: setting off in a tiny balsa (raft), unsure of when would be the next time she would get to see her daughter and family again.

As DJ Leydis recounts, the Cuban government wouldn’t allow her back home for 10 years, 2015 being the first time she had the opportunity to return to her beloved Cuba. She describes this return journey as being “very painful.”

“I felt like I was gone for so long, I was very sad for all the years that I was missing and that I was away from my family,” she said. For DJ Leydis that included personal losses as well. “I was not able to see my father again, he passed away, I lost my grandfather, whom I loved so much.”

This retelling of the way these artists made their way to the United States and ultimately achieved great success in their respective artistic crafts, was made possible because of the safe space this project created for fellow Cuban artists to come together and tell their stories in their own way, through their own artistic mediums.

DJ Leydis shares that using music, theater and dance to invite others into her personal journey has made it much easier to share her story.

“The way Paul Flores is doing this play, is fantastic, it’s very enjoyable to share it with the music,” she said, adding that through this play she has been given the opportunity to share her own moment of Iré, in where she found the community she’s always dreamed of having “right here in the Bay Area, San Francisco, Oakland, Berkeley.”

“I feel like I have Iré every day, because I am able to have my daughter again,” she said. “I’ve been able to go back to Cuba, and to share my story with the world, to be part of this beautiful community that has supported me a lot the past 14 years. For me especially, that’s Iré, thats a blessing.”

Flores stressed the importance of telling celebratory stories about immigrants: “Yes we suffer a lot, but I also want to talk about joy, our achievements, our purpose, and that is Iré.”