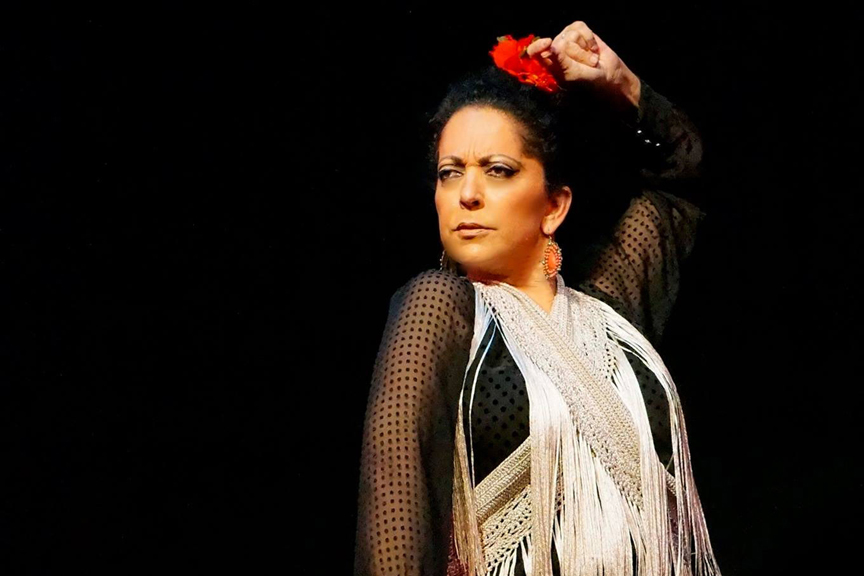 San Francisco is where she was born and the Mission is the place where the gifted 56-year-old dancer and choreographer Yaelisa took her first steps into the world of flamenco.

Her profound talent, hard work and passion for flamenco are the reasons she is a recognized and award-winning dancer. In 1993, Yaelisa won an Emmy for her choreography and contribution to the PBS program “Desde Cádiz a Sevilla.”

But Yaelisa’s childhood in the Mission was humble and full of sacrifices. Yaelisa and her three brothers were raised by their single mother Isa Mura, who is one of the most well-known flamenco singers and dancers in Northern California. Unsurprisingly, Yaelisa was raised to the rhythms and music of flamenco.

But she didn’t always enjoy her upbringing.

“I saw how being an artist was hard for my mother, trying to make a living dancing flamenco, but it was so difficult,” Yaelisa said.

Her father, the prominent artist Irving Petlin, left the family to pursue his artist career in Paris, France.

She refused to partake in that world, despite having rhythm and art in her bloodlines.

“My childhood was hard, without a father and taking care of my brothers,” Yaelisa said.

She witnessed the sacrifices her mother made for art, and she wanted no part in that. She yearned for a more stable life, such as working in an office or something completely different from art.

She left that life behind and started working when she was 16.

A person full of creativity, after a few years Yaelisa noticed that her life lacked something. That’s when she started taking dance classes to pass the time.

Eventually she found her way to the flamenco academy of Rosa Montoya, who told her that she had what it took to dance flamenco. After spending some time at the academy, she decided to relocate to Spain to study flamenco. It was there where she had a strange experience on stage, and realized that dancing flamenco was her thing.

“I felt like I was in a trance, and at that moment I told myself, ‘I’m home.’ I felt so comfortable on stage,” said Yaelisa.

A few years later, she decided to move back to San Francisco because her mother was sick with cancer. She had the opportunity to dance by the side of her mother, who died a short time later. Yaelisa decided to stay in the Bay Area, and she founded a not-for-profit organization, “Caminos Flamencos.”

She also had the recent opportunity to reconnect with her father, Irving Petlin, who she didn’t know.

After more than 30 years in her career, she continues to follow her passion: dancing flamenco.

Catalonians deserve the right to determine their own future