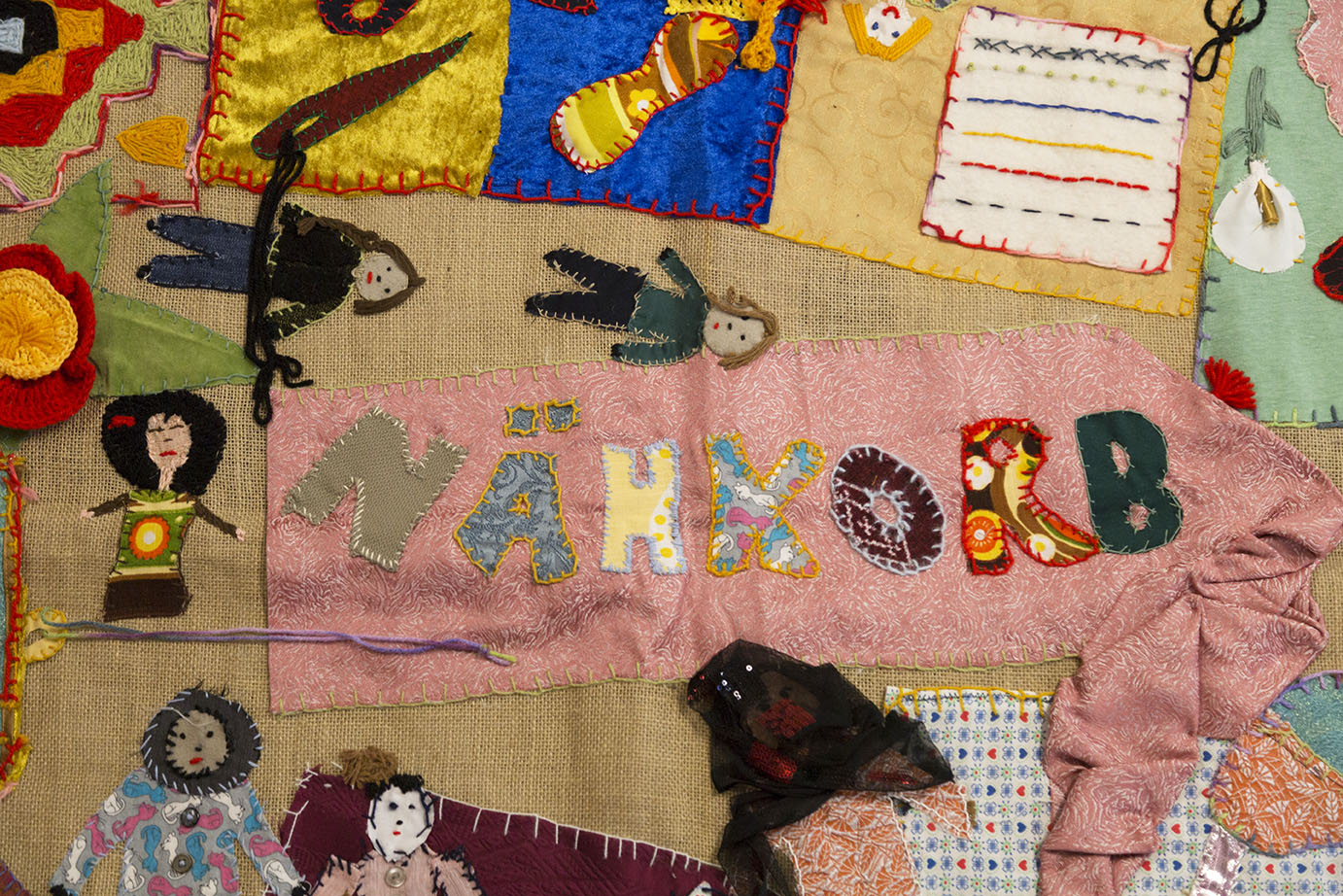 United States of America: A “Gold Mountain,” or a “Golden Cage”?

For nearly 23 years, Chilean expat Barbara Torres has lived in Bremen, Germany, but it wasn’t until she witnessed the waves of refugees fleeing the West Asia in 2015 that she feels she found her calling: helping refugee women tell their stories.

Torres did this by founding Germany’s first “arpillera” workshop, where she teaches refugee women to work with materials like burlap to create arpilleras.

Arpilleras are brightly colored patchworks made of plain materials, traditionally created by groups of women (“arpilleristas”), which usually depict scenes of hardship that the women have survived. The tradition comes from Chile during the brutal dictatorship of Pinochet, which Torres herself lived through.

As a girl Torres saw herself how the arpilleras served as a voice and a sense of relief for those who were oppressed. Torres remembers seeing how political prisoners were freed but remained traumatized and unable to talk about their experiences. It was then that people began to embroider fabrics, putting together their stories and telling what had happened to them through the burlap.

“I began to remember my own experience because I am Chilean, and I grew up in the dictatorship,” she said. “And when in 2015 I began to raise and look for a reason … I started to get to the idea [and] well I was inspired by the Latin American tradition, a narrative that speaks through the fabrics, the burlap, the embroidery.”

The process of the arpilleras is to show what these women experienced in their journeys, in their country or the goals they wish to achieve. The arpilleras serve to tell their stories through their own art. Women start by drawing the trajectory of their trips on a large map. Then they make a collage where they decide the idea in which they want to embroider. They then begin the process of sewing the burlap.

Through this workshop, Torres aims to connect women from diverse cultures, backgrounds and religions to come together and learn to adapt to a new country and learn to cope among other families living together in Germany.

Torres recently traveled from Germany to be part of an exhibition at SF State showcasing the burlaps made by refugee women.

Torres explains how she felt when she saw the mass of refugees arrive in Europe in search of asylum. She explains how the women that she helps have undertaken this long and traumatizing journey. Some of the main reasons why these women undertake this journey is due to sexual violence, being victims of political state or were tortured in prisons. Some of these experiences have not happened to some of these women directly, but they have lived them through relatives, which motivates them to leave their country in search of refuge.

“The subject sensitized me a lot because as a Latin American, I also know the problem of people who have to emigrate,” Torres said. “And I started to link with refugees through my neighborhood and we founded a group to make a welcome initiative.”

Torres’ work focuses on refugee women and children. The German state offers integration programs for these people and German language courses. But Torres says these women also suffer because there is a cultural and educational barrier that prevents many from getting these resources.

Many of the women do not know how to read or write in their own native language, and learning to write and speak a new language in a foreign environment can be intimidating. Compared to their male counterparts, the women showed a decrease in attendance when participating in integration projects that offer courses for refugees to learn German, according to Germany’s Federal Office for Migration and Refugees analisis.

There are also cultural barriers as many women emigrate from countries where the role of a woman is to be a homemaker. Many also come from cultures where men are the decision makers.

“In many communities, there are quite strong traditions in which women do not participate in public life,” Torres explains. “For them this is very strong because that is all the activity that is given to a man and not them.”

Part of the purpose of the arpilleras workshop is for these women to find the confidence to be able to start a life in which they make decisions and have the confidence to get used to a new environment. Torres’ workshop takes place in a room in the same building where these women now live, where they’re able to share a safe space to meet and create connections amongst themselves.

Torres estimates that more than 200 people live in this building, and each family lives in a small room. There are many people living under the same roof with different ethnic and cultural backgrounds, that may cause conflicts.

“You have to think that in these homes sometimes that contain six floors where 200 or 500 people live, people of different ethnicities, cultures and religions coexist and there is often the problem of racism and discrimination among them,” Torres said.

Torres indicates that the process of creating an arpillera can last about four months, but the connection and understanding of cultural differences created by these women connects their experiences with the context of helping each other and creating friendships.

“I think the most important thing is that bonds of solidarity are established between them and that they start talking about what has happened to them and it is like therapy itself,” said Torres. “I think that they leave [the workshop] much stronger and that is also a goal of empowerment, the neighbors get to know each other having made friends. They leave in better circumstance because I think they have shared experiences that they had to swallow and at least they are ready to start.”