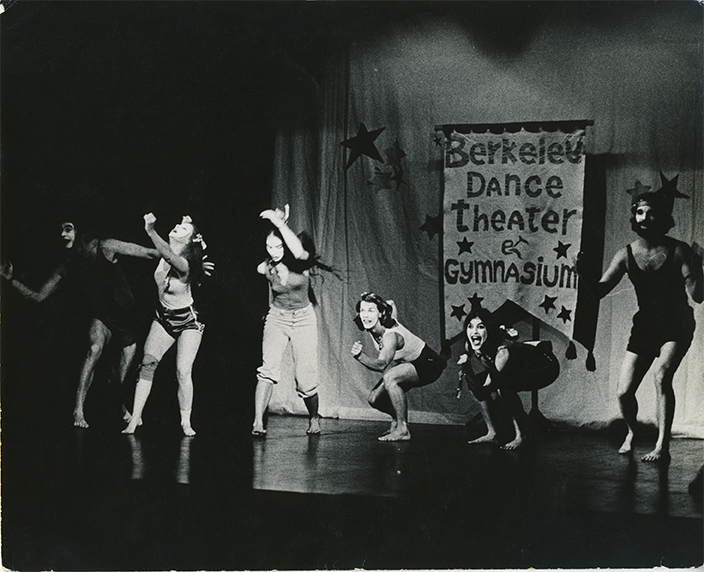 Christian environmentalist finds cause to fight climate change in Bible

At times, this column will tap a compelling incident from my memory bank. During my long journey upon this earth, I have had quite a few worth sharing.

This one goes back to 1972. It involves dance, dogs, the war in Vietnam…and serendipity.

In 1972, the War in Vietnam was raging. It started in 1955 and ended in 1975. The U.S. war machine was unable to defeat the North Vietnamese army, which was under the leadership of the famous Ho Chi Minh.

I was then living in Oakland, with my dancer girlfriend Claudia. We were both taking dance classes at U.C. Berkeley, where I was also in the graduate theater program. Political theater was my main focus.

On Wednesday nights, Claudia and I used to attend regular dance gatherings. The place was a studio called “Everybody’s Dance Studio,” located on 51st and Broadway. One of the forces behind the Studio was Halifu Osumare, an iconic African American dancer and organizer.

Those nights, multiethnic dancers, musicians and choreographers presented works-in-progress, or simply improvised. There was a lot of talent there, but after a few sessions, I felt that almost all the dances were rather innocuous, inconsequential, pure fluff—especially living under the toxic cloud of the Vietnam war.

Why were we doing such non-political nonsense? We were young, well educated, politicized. Why did we not make our dances a reflection of our anti-war feelings and thoughts?

Thus, I decided that our next dance would reflect my desire to awaken a fruitful discussion among us. The subject matter would be the war in Vietnam. No more silly prances! We needed to educate through dance, to develop consciousness with our music, our moves, our sweating! These were urgent times!

I approached Claudia and I told her that I had a groovy idea for the next Wednesday session. Her eyes shone and she spoke, excitedly: “I also have a great idea! Let’s dance with our dogs!”

That was the last thing that I would have chosen to do. What? Dance with our two dogs? No way! Death before dishonor!

She did not understand my reluctance. “But, Carlos! You are so good with the dogs! They love you! It would be so cool! We go on first, show a few moves…then you whistle, the dogs come on and we’ll dance with them! A friend can hold them until you whistle! It’ll be great!”

I was not convinced. That idea was ridiculous, childish, against all the principles of Agitprop and Bertolt Brecht’s Didactic theater! No, no, no! I would not do it!

It was then when lovely Claudia looked at me and sentenced: “If you love me, you’ll do it!”

Well, that bottom line cooled my reluctance. What a low blow! So…I agreed to dance with the dogs.

That Wednesday, offstage, my knees shook uncontrollably. I was about to do exactly what I wanted to stop in our gatherings! I was a romantic wimp! That’s what I was!

Backstage, the dogs looked at us anxiously, anticipating excitement—little did they know!

As planned, Claudia and I went on first and did our exquisitely lightweight stuff. The room was filled with the regular participants and a large number of spectators. Too many, for my anticipated shame!

Then, Claudia raised her left eyebrow, indicating that it was the time to call the canine dancers. I whistled.

They came running in, like…excited dogs! The dance floor was quite slippery for their dancing paws and they slipped, out of control, until they both hit the mirrored sidewalls. Hard. They whimpered in pain, but they joined us, limping, as we attempted an interspecies choreography.

I was dripping a cold sweat, wishing to magically disappear from that space. This had nothing to do with my desire to create politically conscious works!

Then, a member of the audience got up. He was furious and could hardly get the words out, trembling with disgust as he was. He proceeded to scream at us: “What the hell are you doing? This is so wrong! Dancing with dogs? There is a war going on! …and you are dancing with dogs? Shame on you!”

After him, others followed suit.  They all expressed their outrage about our dance and the need to gather our energies and create works that would help to end the war in Vietnam!

I did not blame Claudia for the outrage that we provoked. Nevertheless, I lied… like a dog… and said that we had done the choreography precisely to awaken discussion on the subject of the war.

I am not sure they bought it, but it was (I think) a good plausible reason.

Serendipitously, that night we had exactly the kind of discussion that I dreamed of.

The venerable Webster dictionary, the older version of Google, defines serendipity as “an apparent aptitude to make fortunate discoveries accidentally.” It is one of my favorite words.

Years later, I still believe that Terpsichore, the Greek muse of Dance and Xochipilli, the goddess of music and dance from the Aztec mythology (perhaps with a nod coming from Bertolt Brecht, the father of didactic theater) allowed us to escape that humiliation.

Because my intentions were pure and sincere, we were rewarded with that serendipitous success: creating the discussion that my heart and mind desired.

The dogs, of course, were the magical connection with those muses.

And now, what kind of dance can we create to stop that cruel “Zero Tolerance” anti-immigrant policy?