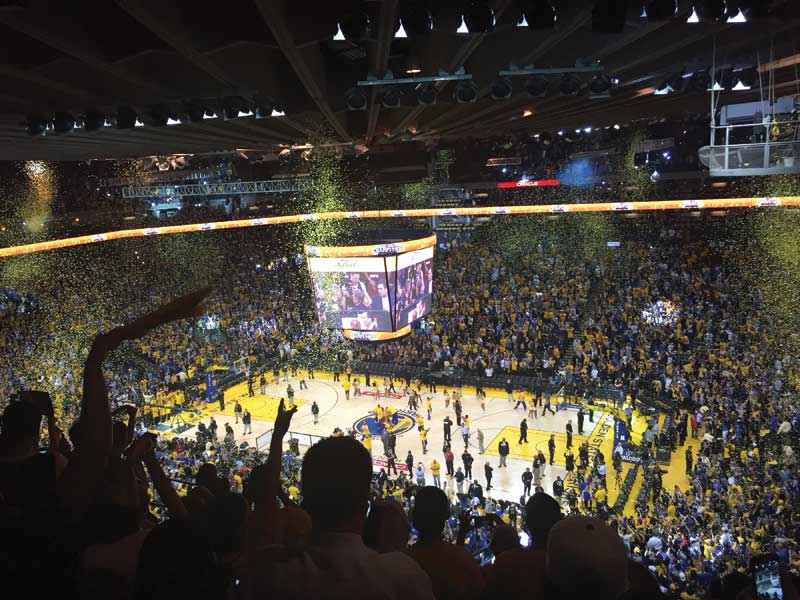 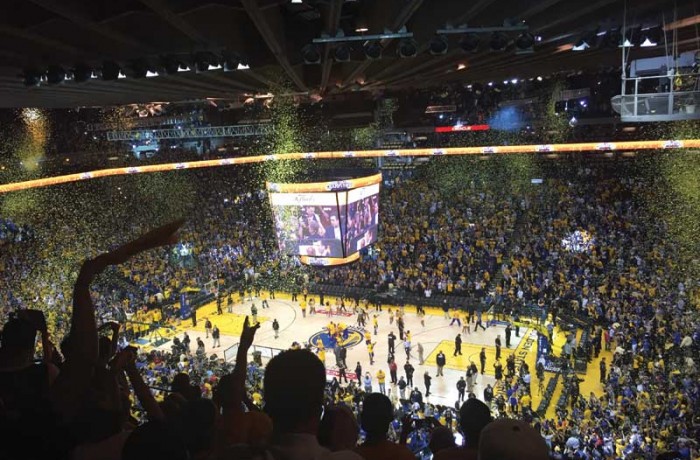 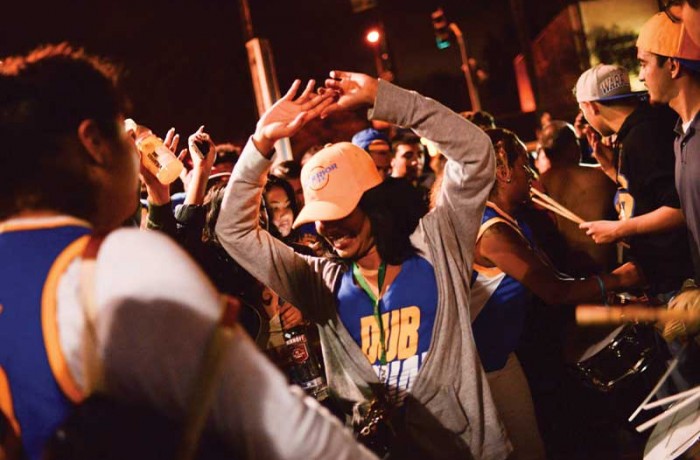 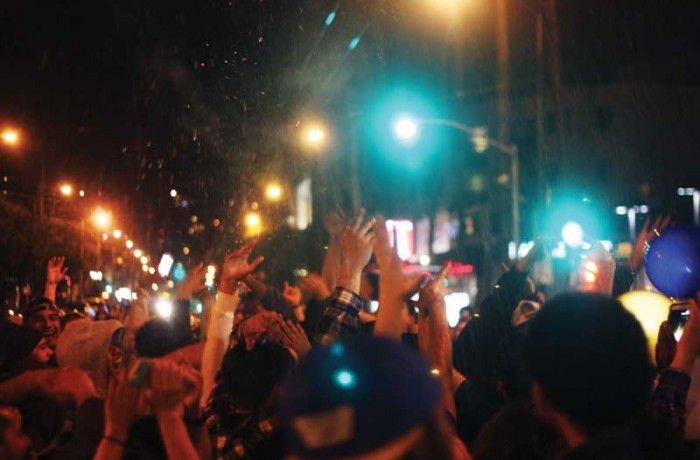 Revelers party in the Mission after the Warriors win the NBA title on June 16. Photo Alexis Terrazas 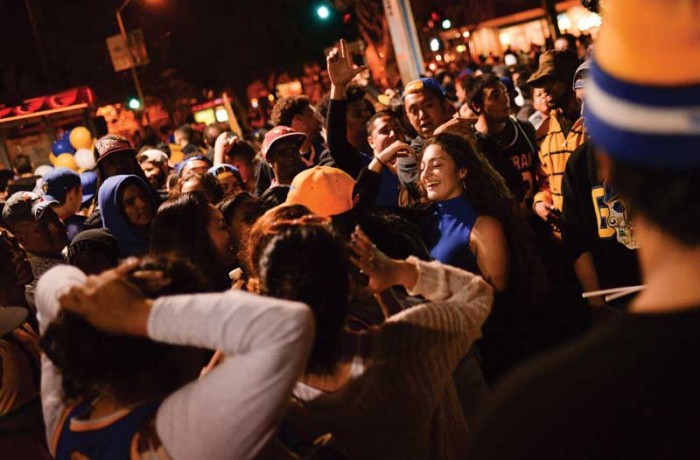 Revelers party in the Mission after the Warriors win the NBA title on June 16. Photo Beth LaBerge 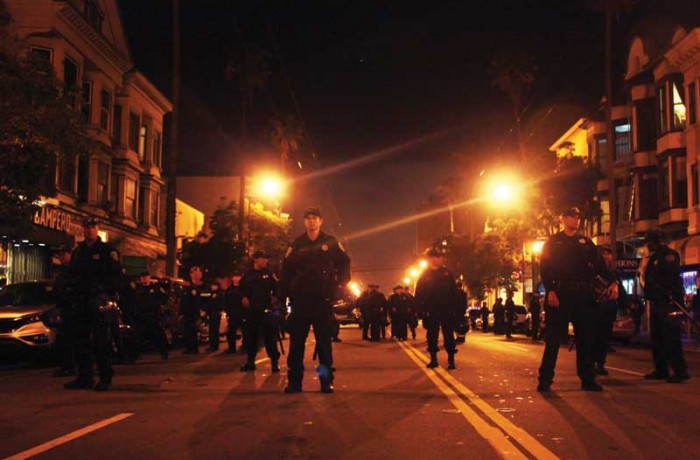 Police at 24th and Mission during the Warriors celebration on June 16. Photo Alexis Terrazas

The game, which Bay Area basketball fans had waited 40 years for, was over well before the Cleveland Cavaliers’ J.R. Smith launched the last shot of the NBA finals.

As Smith’s desperate 3-pointer recoiled off the front rim, the regular season’s Most Valuable Player, Stephen Curry, waited patiently beneath the basket for the game’s final rebound. Before the final buzzer sounded, Curry hurled the basketball into the heavens. The most beloved Golden State Warrior, and perhaps the greatest 3-point shooter of all time, had finally led the Bay Area’s basketball team to an NBA championship, beating the Cleveland Cavaliers 105-97 on June 16.

As Curry—who finished the game with 25 points, eight assists and six rebounds—and the Warriors celebrated before the vanquished and proud crowd at Quicken Loans Arena in Cleveland, hundreds of fans swarmed Bay Area streets in celebration.

Large crowds gathered throughout San Francisco and in Oakland directly after the game’s conclusion at 9 p.m. On the corner of 24th and Mission streets, revelers drank and smoked, drummed and danced in front of the heavy San Francisco police presence. Similar celebrations occurred near 16th and Valencia streets. The celebration seemed rowdy yet contained.

According to NBC Bay Area, only 12 people were arrested in San Francisco for public intoxication, including one for resisting arrest, and another for battery of an officer after someone hurled a bottle at authorities.

In Oakland, where 20,000 fans gathered at Oracle Arena to watch Game 6, there were even fewer arrests. NBC Bay Area reported only two arrests, eight citations for various violations, and zero reports of vandalism.

Curry shattered his previous record of most 3-pointers in a regular season of 272 with a new mark of 286. And Andre Iguodala, who hadn’t started the entire regular season, earned the title of Finals MVP with his stellar defensive play against LeBron James, who is widely considered the best basketball player in the world.