With an acting career that spans nearly two decades, Kuno Becker has lived many lives through his diverse roles. On his path from telenovelas to the U.S. cinema, the Mexican actor once broke both ankles while training for his portrayal of a professional soccer player in the internationally acclaimed “Goal!” trilogy.

But perhaps Becker’s most meaningful work stems from an ambulance ride-along in Mexico City, which prompted him to take on his biggest role yet: director of his very own film.

Becker’s unique lens and ability as an actor to connect with the best and worst of human behavior, inform the premise for “Panic 5 Bravo,” a 90-minute thriller that launched in the United States on Dec. 5.

With the U.S.-Mexico border as its backdrop, the film unfolds inside of the ambulance of four paramedics stationed in Arizona, who break strict protocol by crossing the border to rescue a man suffering from a gunshot wound. Their intention to do the right thing is quickly turned into a terrifying experience as they become trapped and tormented inside of the vehicle.

Besides writing and directing the film, Becker also took on the leading role—a venture that he says was challenging but extremely rewarding.

“I had so much fun that I want to do it again,” said Becker, who shot the film in less than three weeks on what he calls an “ultra-low” budget. “Finding people that actually believe in you and have this crazy faith that you can do it all is actually the hard part.”

While Becker said he’s always had the urge to contribute more to the creative process of making a movie, it wasn’t until inspiration hit him—literally overnight—that he seriously considered transforming his directorial aspirations into reality.

“I was shooting a documentary in Mexico City about what happens in the city at night—I was trying to find some sort of hope in the middle of this crazy violence that we are living in,” said Becker, who grew up in Mexico City. “I was taping real-life heroes that are working around the clock to save lives—because I really do believe that there are a lot of good people there.” 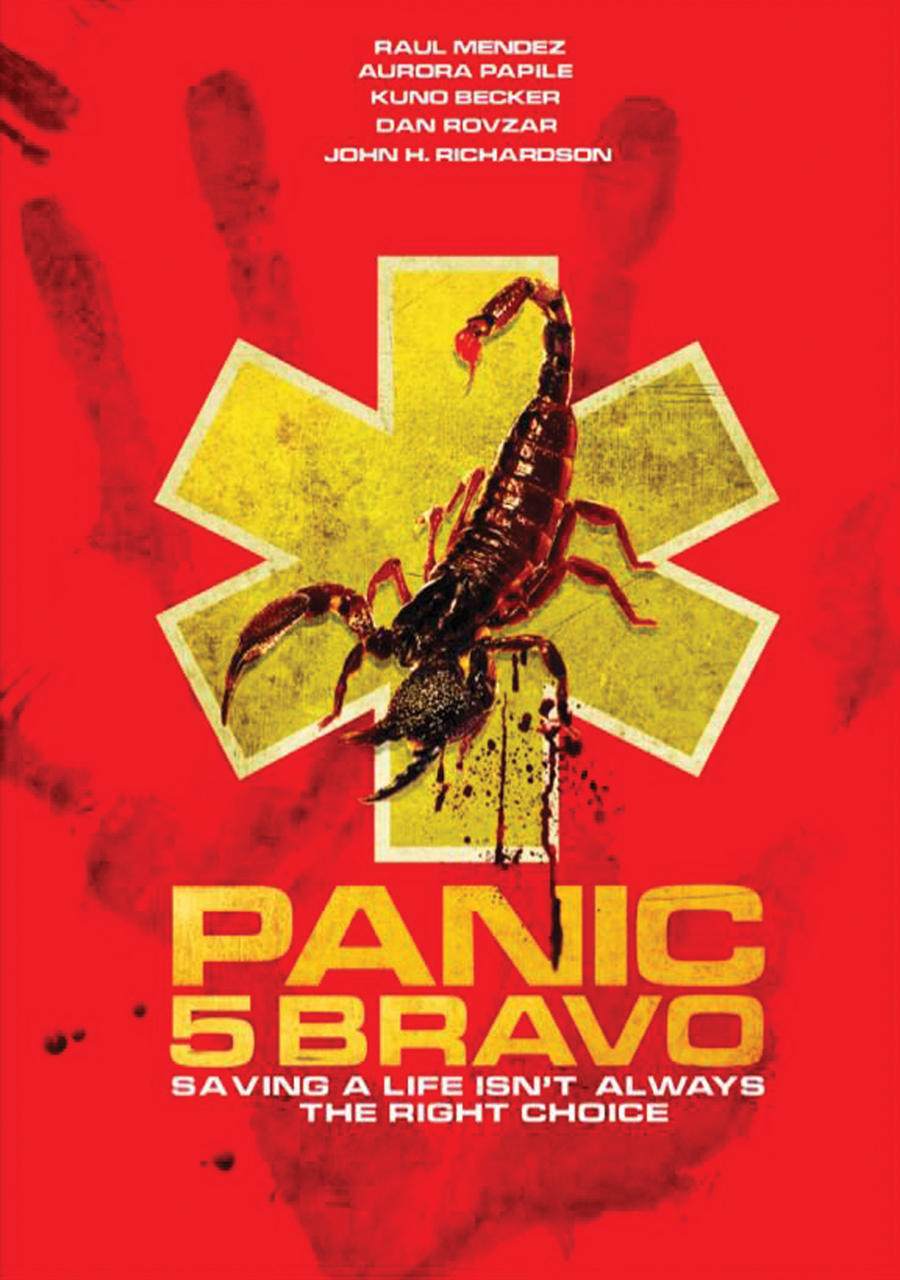 With an acting career that spans nearly two decades, Kuno Becker has lived many lives through his diverse roles. On his path from telenovelas to the U.S. cinema, the Mexican actor once broke both ankles while training for his portrayal of a professional soccer player in the internationally acclaimed “Goal!” trilogy.

While shooting for the documentary, which follows paramedics working night shifts in Mexico’s capital, Becker suddenly found himself in the middle of a “5 Bravo” call—the country’s distress code signaling a shooting incident.

“We picked up a guy who was shot, and we lived these crazy circumstances that totally changed my life,” said Becker. “I saw him fight for his life. It was a really stressful situation that moved me to tell this story.”

Though making a feature-length film was not his original intention, Becker felt inspired to tell about the experience, and began writing a story that would become the script for his directorial debut.

“What we have to do as entertainers is to entertain—but I always felt that I needed to do a little bit more in terms of my contributions,” said Becker. “What better way to do that than by telling about something that you think is going to be entertaining to the audience, but that also has important premises that say something about what is going on in your life, in your country, or in this case, along the U.S.-Mexico border.”

Becker hopes that those who view his film will follow the thread of social commentary that is subtly woven throughout, which highlights the sensitive relationship between the United States and Mexico.

“I didn’t just want to do another movie where all the Mexican mafia and drug lords are the only bad guys. I think that [the violence at the border] is a problem that we share with the United States,” said Becker. “To me, it’s a little naive to think that the United States are not related to this incredibly complex drug war that we are fighting, in Mexico.”

Slain Mexican journalist did not die in vain